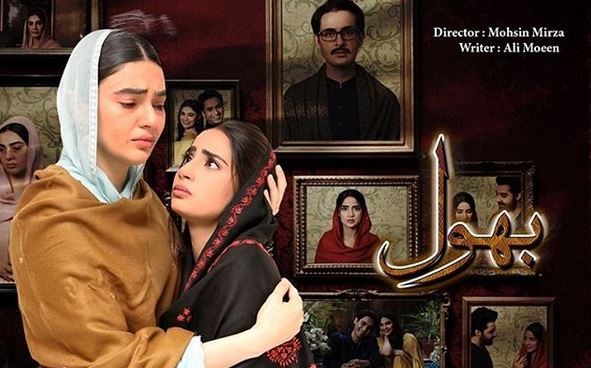 Drama serial Bhool recently came to an end but it has captured the attention of its viewers because of the interesting storyline and the performance of the ensemble cast. Starring Saboor Aly, Affan Waheed, and Saheefa Jabbar Khattak in the lead roles, the drama was an emotional one with more lows and fewer highs. Written by Ali Moin, directed by Mohsin Mirza, and produced by Idream Entertainment, Bhool revolved around the life of the mother-daughter duo Aiman and Ayesha, played by Saheefa Jabbar and Saboor Aly respectively.

Saboor Aly was introduced late into the drama as the grown-up daughter of Saheefa Jabbar Khattak, but as soon as she was introduced, she made sure that she impresses with her performance. From the episode she was introduced, she owned her character completely and she shined in the drama throughout. She made every step of Ayesha’s journey relatable and something to look forward to. Whether it was finding out about her father’s presence or her mother’s illness and then her death in the last episode, her expressions were always on point. Saboor Aly has the versatility that the character required from her. Ayesha goes through a lot during the course of the drama and Saboor Aly translated all the emotional experiences that Ayesha went through with perfection and portrayed them with brilliance.

Saboor Aly is one of our industry’s most dynamic and versatile actresses. She has earned herself a place in the drama industry through her diverse skills and role choices. The young Pakistani diva has a lot of potential and, in Bhool, she showed that she is capable of acing any kind of role that she takes up. Her phenomenal acting in Bhool can easily be added to some of her best performances. While there are still some current projects of Saboor Aly on air, we look forward to seeing more of her in future dramas.

Kashif Nisar is all set for his first web-series – Oh...