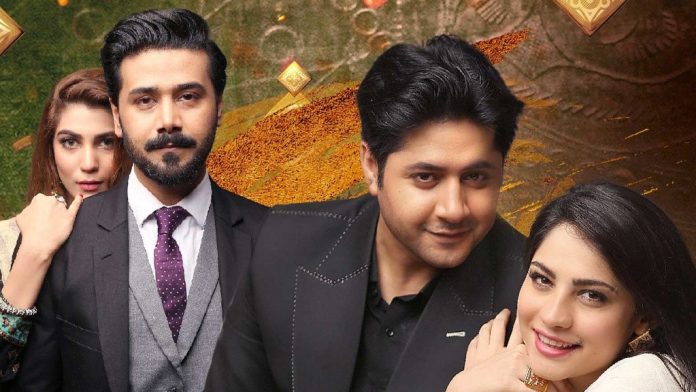 The episode starts with the on-going picnic scene where Fahaam is both surprised and worried to see Rida riding a horse and he runs towards his sister leaving Shameela’s hand and asks Rida to not ride a horse as it could be dangerous. Shameela on seeing her fiancé’s worry for his sister feels left out and upset.

On the other hand, Rushna’s brother is getting really anxious after sending a note to Rida along with Rida’s book at her home. He repeatedly asks his sister to call Rida and when she does, they find out that Rida is out with her brothers on a picnic.

Shameela is very disheartened at the affection that Rida’s family; especially her brothers, have for her. She complains to her mother about how she envies Rida and her relationship with her brothers and how she does not have any such privilege.

Meanwhile, Zeeshan gets in an argument with his boss, when he mentions his mother’s sickness to his boss. His boss regards his excuse as lame which makes Zeeshan furious and he tells his boss that he values nothing more than his self-respect and he’d leave his job. Just then, Hatim enters and resolves the matter by confirming Zeeshan’s honesty. Hatim later visits Zeeshan and shows his liking towards Zeeshan and compares himself with Zeeshan.

Zeeshan’s mother and mami start looking for a bride for him as he accepted his mother’s wish of him getting married. On the other hand, Rida’s family give her a birthday surprise ending the fourth episode with beautiful and happy notes. We will be waiting for the next episode because it seems that Rida and Zeeshan would finally be meeting!