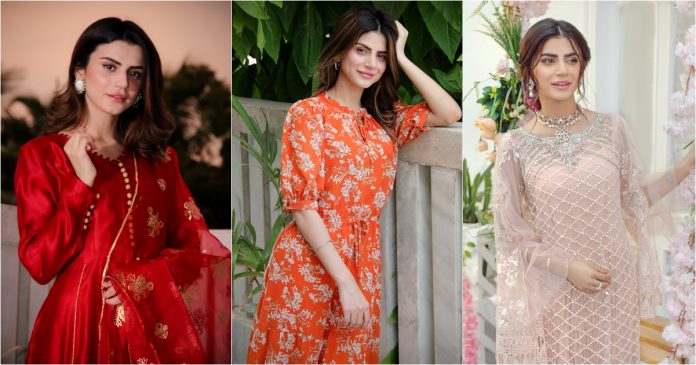 One face we have grown to watching quite a lot on our television screens has to be Zubab Rana. The young actress is one of those talented stars who successfully manage to steal the show everytime they appear on screen – the latest example of this has to be her killer performance in the short web film ‘Twisted Sapnay’.

There aren’t many actors who have the power to own every frame they appear in, and not only that, but she also isnt afraid to try out new avenues, and proving her potential in every single one of them. With her recent (what we hope is) the start of her singing career impressed us enough to wait for more from her. Her debut on Kashmir Beats with ‘Teri Photo’ had us listening to the song on repeat for long.

Born on 3 June 1996, the young actress started her career with Naseebo Jali in 2017 and received a nomination for the Best Soap Actress at Hum Awards right with her debut role. This doesn’t only speak of the actress’s mettle as a performer, but it also helped her make her mark on the small screen in a short period of time. She then appeared in Mere Khudaya and Bandish, and again received a nomination for the former as the Best Emerging Talent at the Lux Style Awards.

For now, we are only hoping to have her back on our screens soon with something more amazing. Whether it is a drama, song, or made for web content, we can now say that Zubab Rana will continue to impress us. More than that, we can never guess what the star would come up with next – because she takes us by a happy surprise everytime! Well, we are eager for another happy surprise, so, fingers crossed.