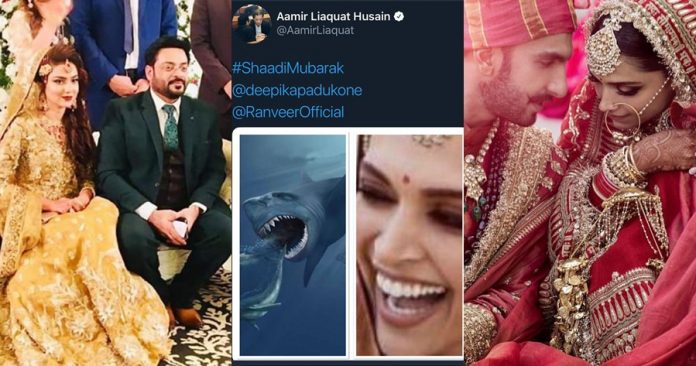 With the stories and pictures of Deepika and Ranveer Singh’s wedding making rounds on social media, we found many celebs heartily congratulating the couple on getting hitched. It was an “Awww” moment for all UNTIL…

Ah well lets just say UNTIL Amir Liaquat stepped in. While we have been fretting over what exactly was his business in the entire situation, Amir Liaquat kept himself pretty busy! How exactly? Let’s take a look!

So Hwa Kuch youn, the famous scholar, former TV anchor and a member of Pakistan Tehreek e Insaaf (a political party) took to twitter in an attempt to troll Deepika on her smile in one of her wedding pics. This is what the scholar tweeted: 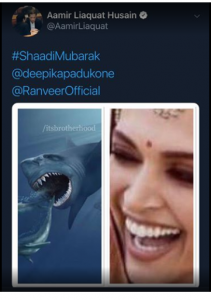 While we personally were going gaga over this smile which was so pure and did justice to portray Deepika’s feelings at the time, however, Amir Liaquat didn’t quite agree and compared it to that of a shark. A good move or a bad one, we cant quite say however, it did a good job in instigating the Indian social media users and what followed was a jab from that side too.

The Indian users who took the joke a little too personally took on to twitter and compared the former anchor to a monkey! 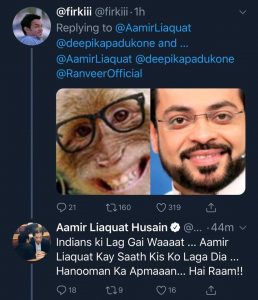 While the analogy did break us down into a hysterical fit of laughter, Amir Liaquat didn’t surrender and waged a war against the Indian social media user, by mocking his religion, which we must say was a bit over the edge, yet looked like it found exactly the right spot to sting the opposing side! Because this is what they came up with next! 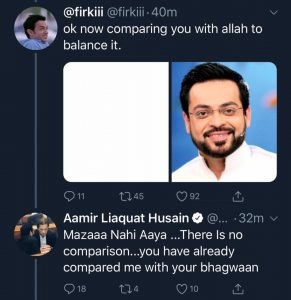 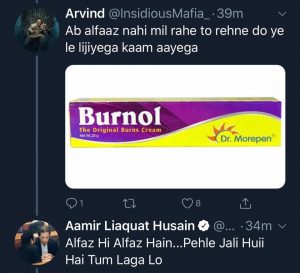 Oh but wait wait WAIT! What are these pics doing on social media? 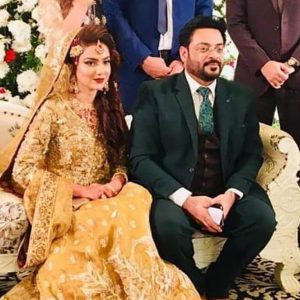 Amir Liaquat GOT HITCHED YET AGAIN, at the age of 48 and that too with a 24 year old woman!!! 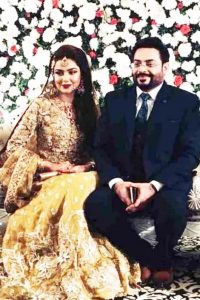 Ladies and Gentlemen, after Deep-Veer wedding pics, Amir Liaquat shed no chance to stay away from spotlight and posted his valima pics on social media. What however got us concerned was, Will the Indian trolls spare the scholar upon his display of second marriage?

Looks a bit far fetched since even the Pakistani trolls aren’t sparing any moment to make a joke about the politician’s marriage, which sounds to be the next big laugh on the media! 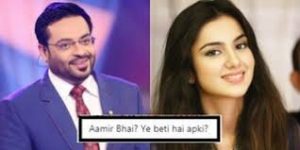 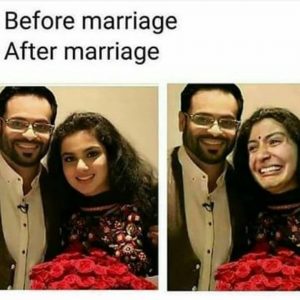 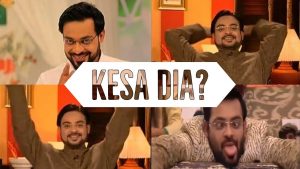 Yashma Gill Steals the Show in ‘Bebaak’ with a Flawless Performance

Cheekh Episode 9 – The Tension and Commotion Is Intensifying Between...