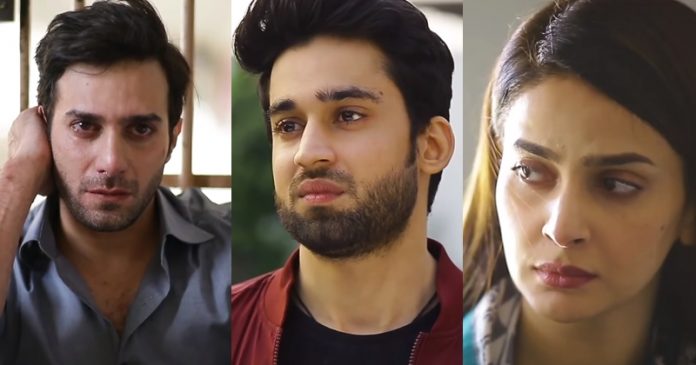 After Mannat is sent to mental asylum by court, the tension continues in the latest episode. After the court gives decision in Wajih’s favour, Yawar throws a big party to celebrate this occasion. However, Shayan cuts all ties with his family and declares Mannat to be his only relation. While Mannat is having a hard time adjusting in the mental asylum, Shayan is in great agony and worried for Mannat. Similarly, Haya is still in shock over the court decision and refuses to be a part of Wajih’s celebration. Another interesting aspect of this episode was Inspector Amir Khan crashing Wajih’s party and blackmailing Yawar. It seems like he can play an essential role in Wajih’s decline.

Directed by Badar Mehmood and written by Zanjabeel Asim Shah, Cheekh has become a phenomenon in the recent times. Not only is the story unique, the entire cast’s contribution in taking Cheekh to new heights is commendable. Although Saba Qamar did not say a word in this episode, her facial expressions and body language were enough to convey the message and make her character’s pain felt by the viewers. As we all know that Shayan’s character is being praised by all, the credit goes to Emmad Irfani for doing full justice with his character. However, in my opinion, the star of the episode was Nayyar Ejaz as Inspector Amir Khan. Although he appeared for a short time, he made his presence felt. There are small gestures and body motions he does that give proof of his grandeur and splendour as an actor. It proves that he’s an expert at what he does.

Cheekh has come to a pivotal point and it seems that the climax is near. Mannat has reached at the lowest point in her life and there’s only one way to go from here; up. However, it would mean that Wajih’s decline has begun.