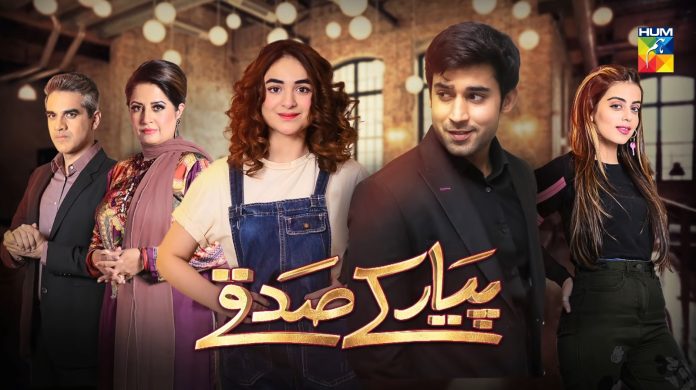 Having watched the teasers released for the new drama ‘Pyar Ke Sadqay,’ we are all geared up to watch Yumna Zaidi and Bilal Abbas stir their magic on our tv screens. The Cheekh famed Bilal Abbas Khan has continued his winning streak with his role, and we are excited to see him play this unique character. Paired opposite another bright and incredible performer Yumna Zaidi. It is the first time that the two will be appearing together, and audiences can’t wait to see them.

Bilal Abbas Khan is someone who needs no introduction. He is one of those performers whose name has become synonymous with versatility. His range and versatility reflects in the choices he has made in the short span of his career. He came out of nowhere on our television screens four years ago and wowed everyone with his sensibility and maturity despite his young age. He is one actor who isn’t afraid to show his vulnerability and emotions on the screen. Bilal Abbas Khan is an artist who has no starry qualms. He has taken upon all sorts of roles, from characters that are vulnerable, strong, loving, and compassionate, to characters who are just downright evil who deserved to be loathed and hated.

Case in point is Bilal’s blockbuster drama serial “Cheekh,” which catapulted his name to new levels of stardom. The show received immense critical acclaim and audience’s approval from its very first episode. In Cheekh, Bilal portrayed the character of Wajih, a rich, entitled, spoiled, brat who doesn’t take no for an answer and knows how to have his way with people, whether they are willing to or not. His portrayal of Wajih was impeccable and impactful.

Cheekh was the turning point in Bilal’s career, which was preceded by two other super hit shows, O Rangreza and Bala. One after the other, Bilal delivered performances that made him a household name in Pakistan.