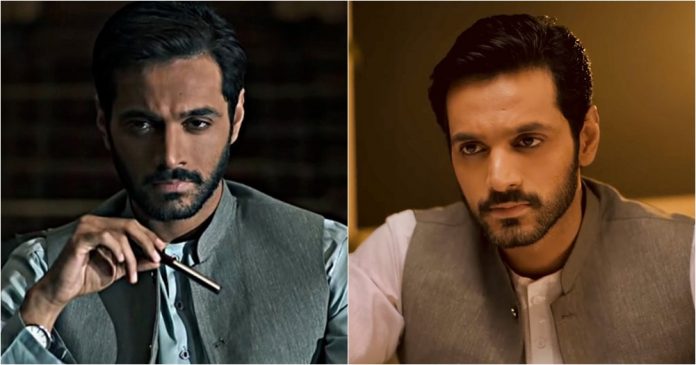 Wahaj Ali’s current role in the blockbuster serial ‘Jo Bichar Gaye’ as Rumi has become the talk of the town and the viewers are just full of praise for the talented actor. Every week the viewers wait eagerly for a new episode and after each episode they are in awe of Wahaj’s portrayal of Rumi.

Wahaj has blown us all away with his performance as Rumi and we are all seriously in awe of him.

It’s not just acting which has won everyone’s hearts but also his whole look has started conversation on the internet.

His Bengali accent though! We can’t stop thinking about it.

Viewers are also loving the chemistry between Wahaj Ali and Maya Ali.

Wahaj’s range has never disappointed us.

Jo Bichar Gaye is definitely the best thing that has happened to Pakistani entertainment.

The actor stole the show in the year 2021 with his brilliant performances in the block buster series Ishq Jabeli and then in the critically acclaimed serial Dil Na Umeed Tou Nahi. Currently the actor is changing the game with his terrific performance in Jo Bichar Gaye which is definetly one of the best performances by a Pakistani male actor to date.

Have you watched the latest episode of ‘Jo Bichar Gaye’? Let us know your thoughts in the comment section below.

Drama serial “Aangan” vows to take you on a Journey back...