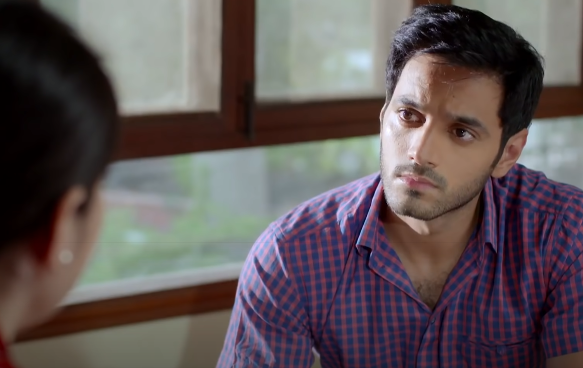 How much liberty do we have to make a choice and to make mistakes? In the subcontinental culture, especially in the past few decades, this has become a point of conflict between children and parents or guardians. As we go through change, and children getting more independence, this has become a thorny issue. Parents in their own wisdom often try to protect their children, but this damages their relationship. The failure to understand each other point of view causes friction.

Wahaj Ali’s Ahad in Bikhray Moti embodies this conflict wonderfully well. Ahad is a young man who loves Aiza (Neelum Munir). He wants the liberty to choose his life partner. The thought of life without Aiza scares him. However, his traditional and conservative father (Mukhtar Shehzad), goes out of the way to try and force his will on Ahad. Similarly, Aiza’s father (Waseem Abbas) also wants to dictate his daughter’s life.

Both Wahaj Ali and Neelum Munir have done a stellar job in portraying the emotions of a young couple who is being forced apart. Especially Wahaj Ali has been excellent so far. He has been treading the line of respect for parents and going all out for his love.

Ahad is angry, frustrated, and a bit flustered. Wahaj has played this character at the right pitch. He isn’t loud. Instead, he is usually trying to stop an emotional outburst. Rather than going all out, he is trying to find a middle ground. This is a delicate balance to manage. It showcases his prowess as an actor that he is able to display his discontentment without really getting hysterical. At times, we have seen even highly experienced actors struggle with such roles.

We are intrigued to see what Ahad has to endure in the next few episodes. It will be really interesting to see how Wahaj Ali plays it. So far, he has played Ahad in a somewhat contained manner. Will he lash out soon and try to break free from this hold? Time will tell.