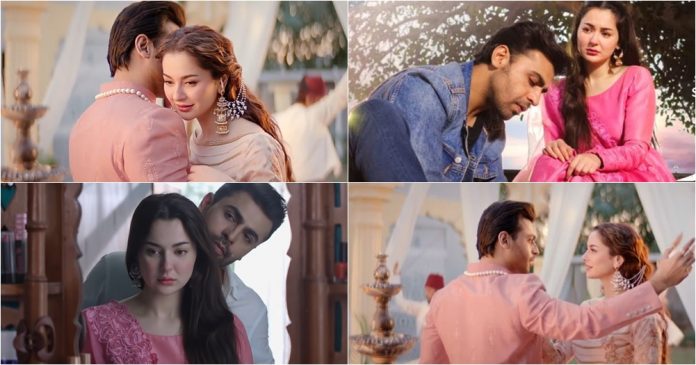 While there are a plethora of tv shows revolving around controversial issues and heavy content these days, it’s not a bad idea to get yourself glued to a desi old-school love story. Sounds good?

After giving super-hits shows like Prem Gali, Aangan, and the movie Tich button, Director Qasim Ali Mureed has come up with yet another promising drama serial, Mere HumSafar that went on-air on 30th December for ARY Digital TV viewers.

The love-story-based drama starts with conventional household rivalries between mother-in-law and daughters-in-law. Samina Ahmed, aunt turned mother-in-law appears as a strict and dramatic Amma who is always after her bahus’ lives. Whereas, her sons, Waseem Abbas (Raees) and Aamir Qureshi (Jalees) seem to be too obedient to utter a word in front of their amma. Raees, the eldest is an angry middle-class ‘responsible’ son who is always complaining and rude to this wife. In the first scene, we could watch Raees misbehaving with her partner who tries to be a good daughter-in-law yet never succeed to please both her husband and mother-in-law. Tara Mehmood plays the role of second daughter-in-law and a good friend to her sister-in-law. Farhan Saeed (Hamza) plays Waseem Abbas’s (Jalees) elder son.

As the drama proceeds, Amma’s third son Nafees also comes back to Pakistan along with Hala, his little daughter to a Pakistani father and foreign mother. There is a mix of family politics, bitter dialogue exchange, and basic family issues that we saw in the first episode. The drama storyline has to move forward towards a love tale (as the tagline says) so we are looking forward to witnessing how it unfolds. Also, it is still a surprise as to what would lead to Hamza and Hala ending up together in a romantic relationship as they are first cousins to each other.

We are also ecstatic to see Farhan Saeed and Hania Amir starring as an on-screen couple for the first time. What do you think about Episode 1 of Mere HumSafar?