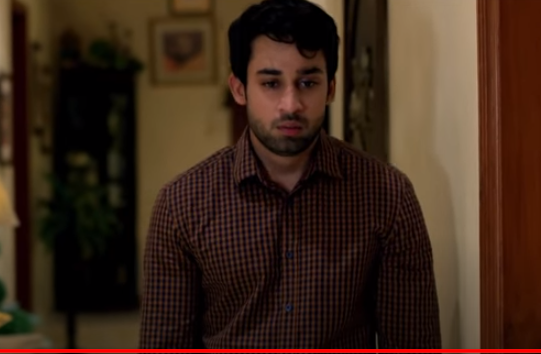 The tables have turned with the 22nd episode of Pyar Ke Sadqay, as Abdullah (Bilal Abbas) gave a ring to Shanzay (Yashma Gill). The serial has successfully hooked us to our screens on Thursdays. The innocent boy who is being exploited by his stepdad and his ex is falling for their tricks. Shanzay asks Abdullah to divorce Mahjabeen (Yumna Zaidi), which was not surprising at all. It looked like Abdullah didn’t see it coming. Then he comes home to his wife, who is eager to spend time with him. A very frustrated Abdullah ends up scolding her, and we felt very sorry for Mahjabeen. The poor boy is torn between the love of his life and his wife, who is entirely unaware of the situation.

Bilal Abbas Khan has brought life to Abdullah’s character brilliantly throughout the drama till now. The details in his act are commendable, as he perfectly portrays all the details of Abdullah’s character. It doesn’t look like a performance but a real-life character to us. The actor never fails to amaze the audience with his brilliant acting skills.

Their marriage is on the verge of destruction, and Abdullah is not the only one to be blamed. On the one hand, he is being manipulated by Sarwar (Omair Rana), and on the other hand, Mahjabeen’s stupidity turns him off. How can we not mention Shanzay, who emotionally blackmails Abdullah into leaving his wife.

Washma’s appearance was a treat as usual. She sees her brother and Shanzay together, and the story takes an unexpected twist. Mahjabeen had a very awkward encounter with Sarwar. She gets scared and runs away to tell Abdullah. Abdullah, who is already pissed at her, shuts her up badly, and yes, everyone must be as heartbroken as Mahjabeen. It didn’t end there. He dropped Mahjabeen to her parent’s house and told her never to come back. She cried, and our eyes got teary as well. The viewers witnessed a whole new side of him, and as always, Khan did a fantastic job and tackled it pretty well.

Once again, Bilal Abbas Khan lived up to his hype and fulfilled all the expectations of the audience as an actor. We are eager to see how he would tackle the upcoming situation now.

Muqaddar Keeps us Hooked with some interesting developments and rocky new...