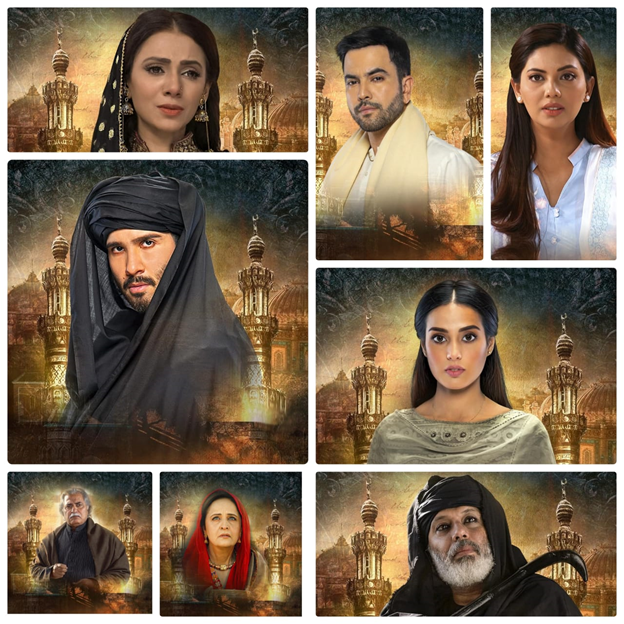 We have known for a while that Iqra Aziz will be essaying the role of a rebel in Mahi and Feroze Khan will showcase his intense side to play Farhad. Rahat Fateh Ali Khan, another heavy weight of the industry, has sung the beautiful OST for Khuda Aur Mohabbat. But what about the rest of the cast? The lead duo are both versatile performances but will they be backed up by a strong support cast?

Well, with the teaser and the trailer, we got the answer. Thankfully, it was resounding YES! That has certainly gone down well the audiences.

There are some legendary names in the ensemble cast. Javed Sheikh’s presence to any project immediately adds credence and value to it. Add to the fact they also have veteran character actors like Noor ul Hasan, Rubina Ashraf, Hina Khawaja Bayat, Asma Abbas and Usman Peezada, it sends you the message that the casting process has been comprehensive and meticulous.

The pairing of Junaid Khan and Tooba Siddiqui also adds intrigue. It bodes well that Junaid Khan is perhaps at the peak of his powers and was loved by fans and critics for his portrayal of Wajdan in Kashf. He would be doing all he can to maintain that high level of performance. Whereas, Tooba Siddiqui is also someone who has excelled especially in challenging roles. There is great anticipation amongst fans to see what type of characters they play and how will they contribute to the story of Mahi and Farhad.

Young starlet Zain Baig also looked the part in the promos. In his career, he has been part of one hit project after another. It certainly looks like he will be adding another name to the list with KAM 3. Sunita Marshall, Momina Iqbal, Meher Bano and Sohail Sameer will be gracing our screen with their presence. Given their past performances, it looks like they have roped in to perform specific characters. Hence, there is no surprise that love has been showered via social media from across the border.

They say proof of the pudding is in the eating but you can sure tell a lot by who the cook is and what ingredients he/she uses. With the teasers, trailer and song video, as it was revealed that these illustrious actors are part of the drama, the excitement of fans went up a notch. This won’t be a drama where all the burden is on just lead two actors. Rather it seems like it will be a script driven journey with each actor giving their heart and soul to their individual character.

If you are a drama aficionado, things don’t get much better than this.