Would it be unprofessional if I start with saying, “OH MY GOD!!! I am falling in love with Dil E Berehm’s OST Aag Lag Javegi.” To be honest, I have watched the music video more than I would normally have of any other drama OST and all I can say is what an amazing OST that could probably hit the music industry as an individual soundtrack for love, romance and emotions.

Sadia Jabbar’s Dil E Berehm is ready to air its first episode on 8th of January, 2018 on the APlus drama channel directed by Syed Ali Raza Usama and written by Mansoor Saeed. The story of a couple truly in love under the shadows of unresolvable conflict leading to revenge, is a very original script that brings about many twists and turns in emotions.

This depiction of the entire story in OST “Aag Lag Javegi” of Dil E Berehm is very creatively illustrated and Shuja Haider has outdone himself by beautifully articulating the words of the song. 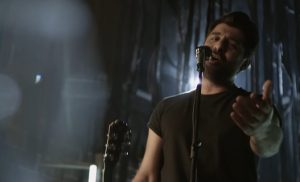 Let’s talk about the wordings of the song first because the video is a whole new topic of praises. The entire song is worded very appealing to the idea of love and revenge beginning with romantic lines by a lover calling his love to come close and let him stay beside her for as long as he wants because that would still not be enough. Portraying the amount of love in words with alluring soft background music that has a slight hint of rock gives the entire song a very modern love theme feel. 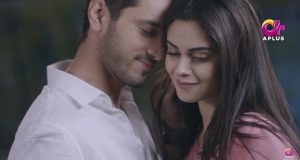 As the song progresses, the words of revenge are infused where the lovers can feel the pain of being betrayed or being broken down. The words with the music are so euphonious that you can go listening to it for hours and hours.

The video of the music is another appreciable aspect of the song where both Wahaj Ali and Amar Khan have displayed harmonious performance beginning with immense love, lust and sorrow. You can already see the love chemistry between the two as they move with the rhythm.  This first time on-screen chemistry between Wahaj and Amar is sure to make them one of the most liked couples on the television having wonderfully performed in a song as well. It’s like combining two best actors and bringing the better of the two in one harmonious song.

Aag Lag Javegi is definitely one of the most remarkably done songs of any drama that has aired on the television screens and one which will leave the impact for long.

Splendid team work and a great production by Sadia Jabbar!