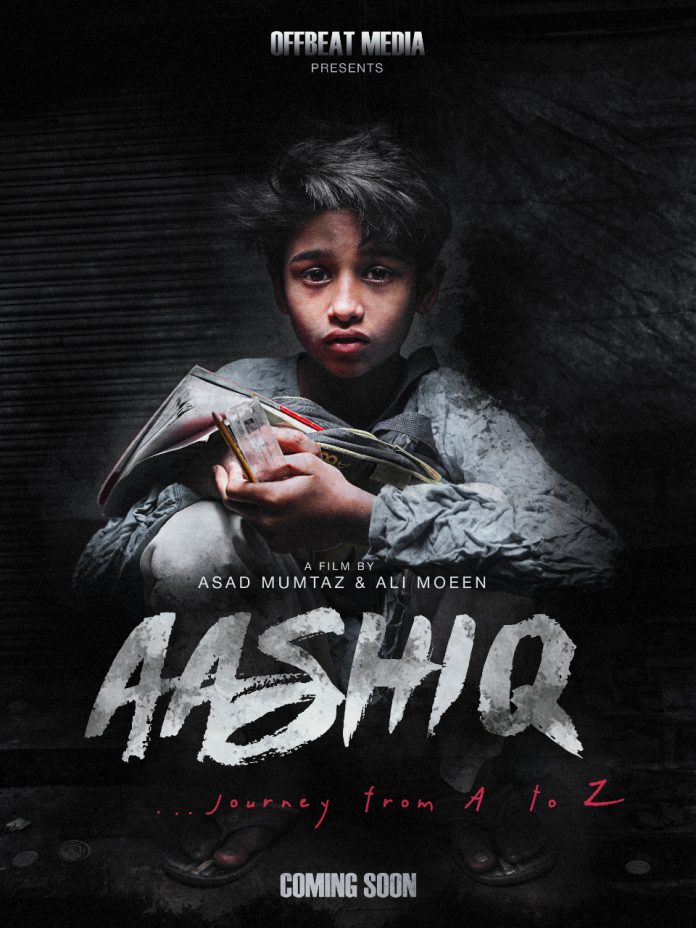 So guys, remember the last time we talked about Asad Mumtaz’s upcoming feature film? The one with Saleem Mairaj, Adnan Shah Tipu and Hamza Firdous Jamal in the male lead?

Here, read up the back story to it!

Well yeah, the film has made some progress and the director, Asad Mumtaz malik is now willing to reveal some more information… by giving us an exclusive, first look into the movie through it’s first poster. 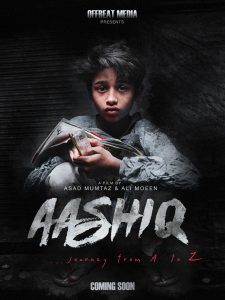 Woah woah! We now have a name to the movie … “Aashiq”

And well, the dark background and the expressions on the kid’s face only accentuates the mystery…  Who is the kid though? Is he included in the lead cast?

Sorry but we have no clue as yet!

We however have managed to unlock one more query… The female lead! 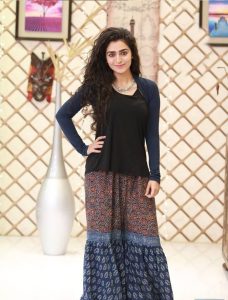 There it is, we have said it aloud… Hajra yamin it is!

There are very few actors in the industry who would wait rather wait for the right role to come their way instead of taking up every role that’s offered to them, whether big or small. And Hajra Yamin is one of them! She would rather take up a role that offers her some margin to perform, than be in the lead for a film where the freedom to act is taken away.

The ex-theater actress and a star from movie “Pinky Memsaab” is now all ready to hit the big screens via the movie “Aashiq” alongside Saleem Mairaj, Adnan Shah Tipu and Hamza Firdous Jamal.

And we cant wait to hear more about the film!