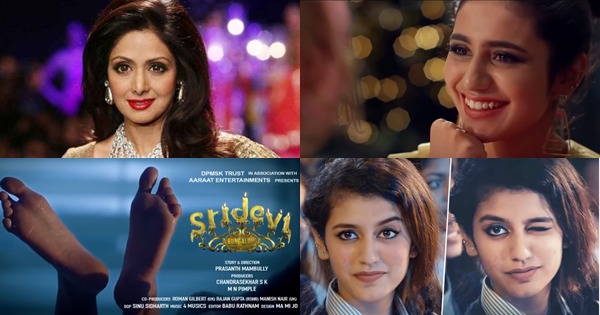 Well well, we all know the unusual circumstances of Sridevi’s death last year, which left her fans, followers and most of all her family, in immense pain. Last year, Sridevi, the talented actress, died allegedly by drowning in a bathtub of her hotel room. The entire media was devastated at loss of such a great talent, but not more so than Sridevi’s husband Bony Kapoor and their two young daughters. 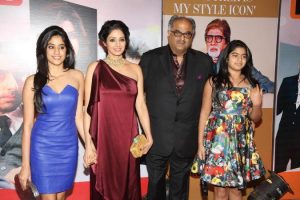 Release of the trailer for “Sridevi Bungalow” acted as a fuel to the fire of sorrow burning within the hearts of many. This is why, as soon as it was released, Bony Kapoor slapped it with a legal notice, claiming that the movie was trying to mock the circumstances of Sridevi’s death.

The film features Malayalam actress Priya Pankash, popularly known as the “wink girl”, as “Sridevi”. Priya Pankash is the same girl who made the social media go gaga over her sensational “wink”, a year back and just as she is all set to win hearts of the audience through her Bollywood film debut “Sridevi Bungalow”, Sridevi’s husband Bony Kapoor files a legal notice against the film. 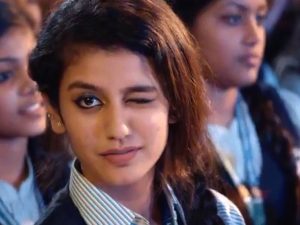 The trailer of the film portrays Priya as a lonely soul who dies a tragic death by drowning in a bathtub, a situation which is in evidently eerily similar to Sridevi’s death. The director Prasanth Mambully is however adamant on the fact that the movie has nothing to do with the Sridevi we know. He goes on to explain that Sridevi is a common name and any similarity between the life of actual Sridevi and the one in the movie, is simply a coincidence and was not intentionally done so. 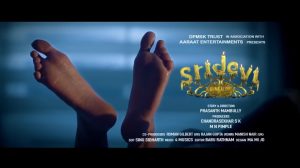 Regardless to say, neither Bony Kapoor nor Sridevi’s fans look like they are going to buy this explanation. Following the trailer, many have dedicated their energies in criticizing the entire concept. Many even went as far as terming it a “sleaze fest”.

In this disgusting film u tried to show #Sridevi as a lonely person and pathetic but the fact that Sri hated to be alone and her family was always beside her and in another shot u tried to show her smoked cigar and this was the most thing she hated. Shame on u😡 #SrideviBungalow pic.twitter.com/nMFYFrM1JT

Such a shameful and disgusting act it is by the makers of #SrideviBungalow to depict the legendary actress in such a disgraceful manner. Utter nonsense and rubbish it is. I want the Indian Film Fraternity to take strong action on it. The departed soul deserves respect. 🙏🙏🙏

I cannot believe this…. Not even a full year since she passed away and such movies are being made! I hope it gets banned! At least you could of thought of her two daughters & husband before making such a film! Disgraceful #SrideviBungalow

Adopting a fashion similar to that of the director, Priya Pankash has neither denied nor accepted that whether the movie is actually based on the late veteran actress and has instead left it as a question better answered by the director himself.

Marriage based on love-not intended to break any stereotypes! Taimoor aka...