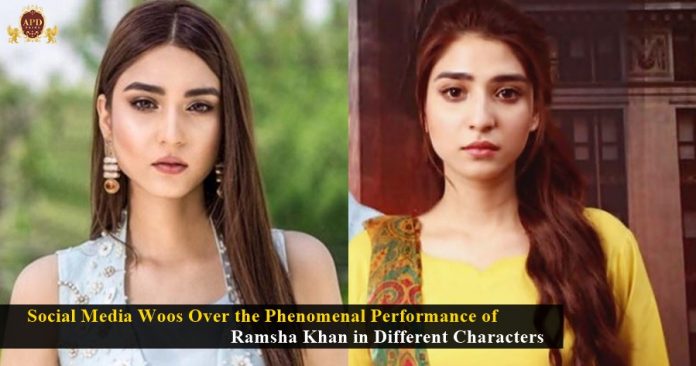 Diversity in roles is the key to make a mark in media industry. Many actors in our industry are usually not given a chance to perform different type of roles and even if they get lucky enough, there are very few performers who are able to bring versatility in their acting. But being the victim of torture in one serial and being the villain in other and both the characters are getting equal amount of praise is the quality of an exceptional actor.

Ramsha Khan, the Uswah of Khudparast; the mean, self-centered girl, while the Marium of Kaisa Hai Naseeban; the embodiment of patience and hard work, is performing both the roles to perfection. The amount of hatred for Uswah is surely equal to the amount of sympathy for Marium.

It is difficult for the people to believe that such diversity is shown by the same person in different projects. 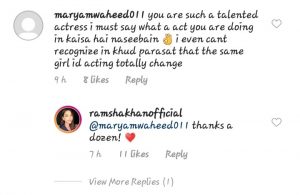 Ramsha Khan is the reason for people to watch her dramas. People who do not like the plays due to any reason don’t want to give up on any serial only because of Ramsha. 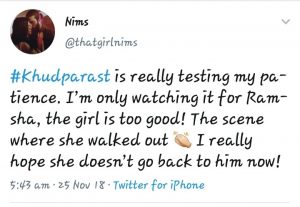 It is very difficult for a negative character to get love and support from the audience, but in Ramsha’s case, the scenario is a bit different, even before the start of the serial, people were fan of Uswah by only watching the teasers of Khudparast, all thanks to Ramsha’s phenomenal performance. 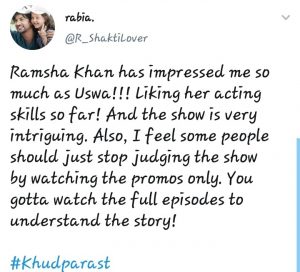 Meanwhile the people who saw her acting the very first time, are now her fans, credit goes to Ramsha’s persona! 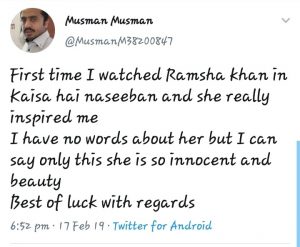 Despite working in some of the greatest dramas with a magnificent star cast and brilliant storyline, people are considering her as one of the basic reasons for her dramas to be on the top. 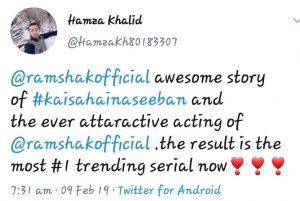 And she has got some international fans too 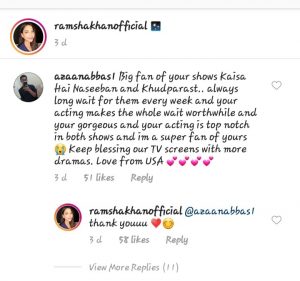 The thing to be noticed is, that both the characters are getting equal amount of admiration. If her performance in both the dramas is compared, we can’t point out who is better by which she has shown us the level of excellence she endures as an actress.

Digital Era is Revolutionizing the Entertainment world, but where is Pakistan’s...