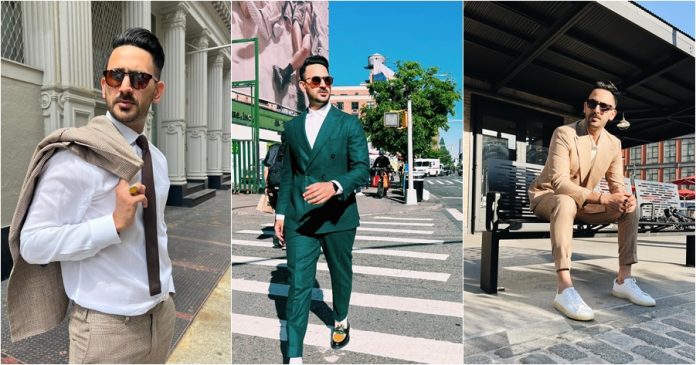 Every now and again, an actor delivers a performance that not only meets but also exceeds
expectations. However, in the competitive world of acting, these actors don’t always get the credit they
deserve for their work. While choosing scripts just might be considered the most important aspect of a
good performance, but one where some of our performers might be lacking.

This doesn’t stand true for all the talents in our industry of course, like the versatile and talented Shan
Baig, Having entered the industry in 2015, Shan Baig is an actor who has won over audiences with his
powerful performances.

In 2015, he made his acting debut in the Geo TV telefilm ‘Rok Do Shadi’. In the following years, the actor
appeared in a number of television shows on a variety of networks. He’s tried his hand at small screen
roles as both a lead and negative lead roles. Some of his acclaimed projects include “Babul Ka Angna,”
starring Maham Amir and Saleem Sheikh, “Roshni,” starring Kamran Jeelani and Maham aamir and
“Manjdhar” on Geo TV and “Ishq Ya Rabba” from A Plus Entertainment. He also appeared in a web series
for Eros now India starring Mehwish Hayat and Azfar Rehman. Thora sa Haq, starring Ayeza Khan and
Imran Abbas, was his most recent project that garnered a lot of praise.

One thing that stands true for the actor since he started his career is his choices in the script. We have
not seen this star falling prey to the clichés of our industry, and actually put a lot of thought into his
scripts. So, here’s to hoping underrated actors like Shan Baig find good scripts again so we can see them
on our screens more often!