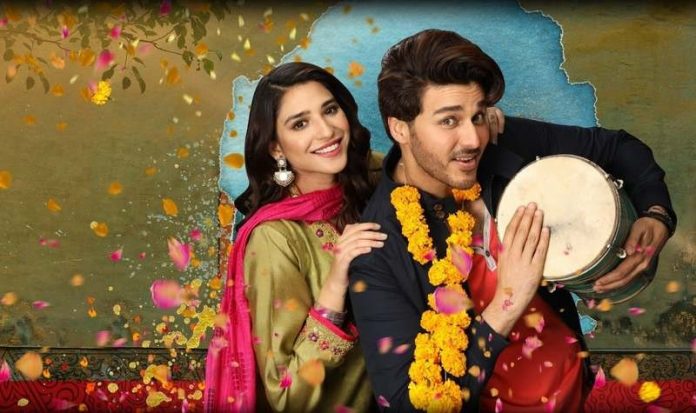 7th Sky Entertainment’s Shahrukh ki Saaliyan has been an impressive rom-com drama so far, and it has managed to keep the interest alive of the audience with its witty dialogues and amusing situations. Ramsha Khan and Ahsan Khan have successfully intrigued with their excellent chemistry in the drama serial.

Like its previous episodes, this one too was hilarious and had a number of funny moments, particularly the scenes involving Abubakar and his efforts to propose Nigar for marriage.

The episode opened with Abubakar making his first attempt to propose Nigar, but he ends up saying nothing but irrelevant things to her. Anoushay then asks him to practice on her what he will say to Nigar when he gets a chance to meet her the next time. While the two are practicing, Shahrukh secretly sees them and assumes that he is proposing Anoushay, and hence makes plans with Glucose to threaten Abubakar and send him back to where he came from.

On the other hand, Nigar’s sisters give their advices to Abubakar about the ways in which he could pour his heart out to Nigar and some of those discussions were seriously hilarious! However, by the end of the episode he was able to propose Nigar finally. While all this was happening, Shahrukh and Glucose were planning to kidnap Abubakar. One of their attempts remains unsuccessful though, since Hawaldaar sees them disguised as some gang members and assumes that somebody is trying to steal their car.

Coming to the performances, all the actors were brilliant in the latest episode of Shahrukh ki Saliyaan, especially Ahsan Khan, Ramsha Khan, and the actor playing the character of Abubakar. The writer Dr. Muhammad Younis Butt also deserves to be given credit to for those witty dialogues and amusing scenarios.

Overall, the episode was done really well and had so many laughable moments. Shahrukh’s misunderstanding has still not been cleared, which means he will try to kidnap and threaten Abubakar to leave the country as soon as possible and the preview of the next episode shows that he will be successful too. Let’s see how he will mend everything when he finds out the truth.