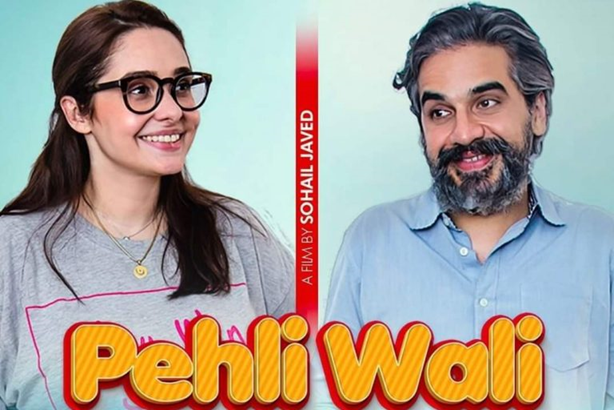 During the lockdown, binge-watching long series on streaming platforms has become a method to overcome pandemic blues. However, we rarely go to the theatres or our streaming services to find a film that is 20 minutes or less. Short films present some of the most engaging and inventive stories out there and See Prime digital entertainment has reignited our enthusiasm for short films.

So, if you’re in the mood for a compelling story but don’t want to devote an hour or more to watching something, See Prime’s latest short film “Pehli Wali” featuring Juggan Kazim and Omair Rana as the lead couple is just for you. Written by famed author Rida Bilal and directed by Sohail Javed, this sentimental yet realistic short film depicts an unorthodox relationship between ex-spouses, leaving us with an impression that such partnerships may and do exist.

The story follows a divorced couple with two children and their special bond and love-hate relationship that keeps them together. They will never be able to shut each other out, even as they go on new experiences in their lives.

Juggan Kazim looked incredibly relatable in this character, where she mirrors the responsibilities of a working mom, juggling between work, home, and parenting, and her ex-husband effortlessly played by Omair Rana. Juggan looked so natural and magnetic with her unkempt hair and rumpled T-shirts while Omair looks equally impressive in that salt & paper hair dating a young girl and working through his insecurities. He finally turns to his ex-wife so he can move on with his life. Omair and Juggan shared great on-screen chemistry and both of them proved their acting prowess exceptionally.

‘Pehli Wali’ has won our hearts with its positive perspective about remarriage and the difficulties of divorce and cultural shifts. The story and characters are amusing and relatable; leaving an impression with a thought-provoking message that allowing someone to go does not imply that you no longer care about them. It simply means that the only person over whom you have control is yourself.

Check it out and let us know what you think in the comments.