Ranveer and Alia’s upcoming film “Gully Boy” has managed to procure quite a large amount of fan following since the day the first trailer released. Since then, each song and trailer has not only lived up to the hype originally created, but has also managed to hook us up by garnering curiosity. 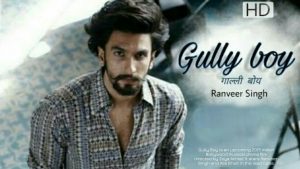 Recently, the film “Gully Boy” released another rap song, with the title “Mere gully mein”. The concept of “Gully rap” isn’t really new nor original to the movie. It in fact is a recreated version of the original song “Mere Gully Mein” released in 2015, which was sung by the rappers Divine and Naezay on whose life , the story of “Gully Boy” is reportedly based on. 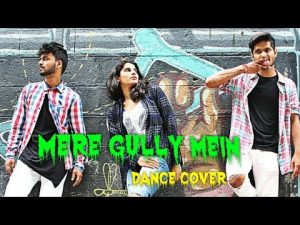 This recreated version, sung as well as written by the original artists Divine and Naezay, along with the veteran actor Ranveer Singh himself, takes the viewer on a journey into the narrow, winding lanes of the slums in Mumbai, India.

Starring Ranveer Singh and Siddhant Chaturvedi, the song shows the two filming a music rap video in their shanty town, narrating the story of a boy who rose from the sorry conditions of his hometown, made use of the resources available to him and subsequently achieved his dreams. 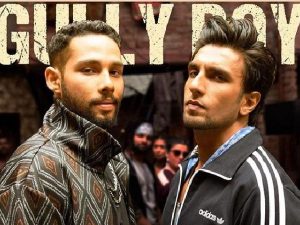 The song has a great energy, which propels one to get up and dance to the beats created by Ranveer and Siddhant’s friendly duel at rap.

Just like the previous two songs, “Apna time ayega” and the “Asli hip hop” this newly released “mere gully mein” has become an instant hit as soon as it was released and is currently making it’s round on social media. Check it out, if you haven’t already!

The movie directed by Zoya Akhtar is all set to release on 14th February, and oh boy… We cant wait!