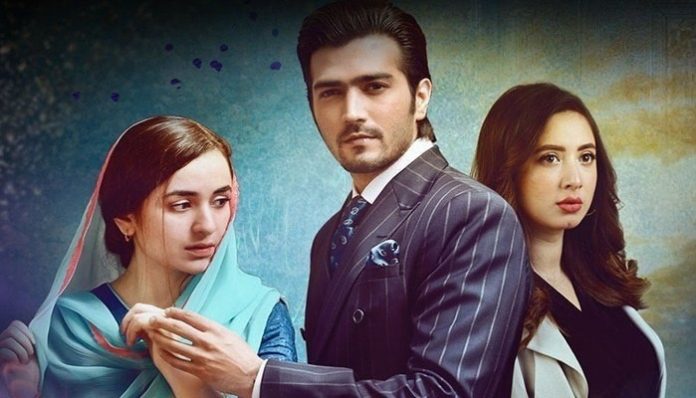 Raaz-e-ulfat is one those love stories on-air these days that have appealed to the audience and attained a significant popularity. Produced under the banner of 7th Sky Entertainment by Abdullah Kadwani and Asad Qureshi, the ensemble cast has been delivering terrific performances. The chemistry between Mushk (Yumna Zaidi) and Irtiza (Shehzad Sheikh) is the highlight of the show and makes us look forward to the drama. Last night’s episode took Mushk and Irtiza’s relationship to a new level as they got engaged.

Finally, Irtiza was able to convince his parents for Mushk and the two love birds were more than happy. Mushk’s face radiated happiness as Irtiza puts that ring on her finger and Yumna portrayed all those emotions brilliantly on-screen. The post-engagement phone calls also depicted how both of them were over the moon after this new development.

On the other hand, we saw Sehba getting jealous of Mushk as she discovers about their engagement. It seems she will definitely make Mushk’s life difficult through her vicious plans. We also saw Ismail and Bano’s wedding plans and Bano coming up with one thing after another. She is unable to understand Ismail’s ordeal and wants the marriage to be held with all the pomp and show. However, Ismail is not in favor of that and wants it to be done in a simple manner. Finally, she agrees with the idea, and Ismail agrees on Bano’s condition of 5 lac Haq-meher.

Overall, it was a nice episode with some progress. The preview of the next episode was enticing, and there seem to be some problems arising in Mushk and Irtiza’s relationship. We might also see Ismail and Mushk in the same frame in the next episode, so looking forward to how things will unfold in the upcoming episodes.