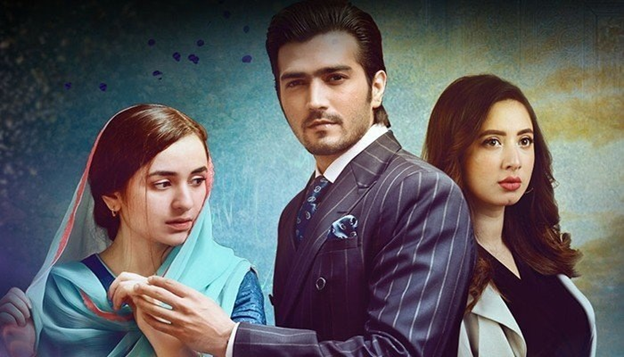 7th Sky Entertainment’s popular drama serial Raaz-e-Ulfat is now 34 episodes down and the story continues to keep us hooked. Produced by Abdullah Kadwani and Asad Qureshi, it is another one if their dramas that has us looking forward to find out what would happen next.

After the truth came out regarding Mushk’s innocence in the previous episode, Irtiza realized how much wrong he did to Mushk. Hence, he called her and asked her to forgive him and to come and meet him. Mushk agrees upon his insistence and goes to meet him but also makes him realize that he should have trusted her at that time when she needed his trust the most. Irtiza asks her to leave Ismail since he has now realized his mistake but Mushk is unable to decide in his favor at the moment.

On the other hand, Ismail also seems to have fallen in love with Mushk and hints how much important Mushk has become for him now. But, he is also not in favor of keeping someone his life partner against her wish. He has kept it open for Mushk to decide for her life and share and discuss anything she wants with him.

Meanwhile, Irtiza’s father still wants him to get married to Sehba, but after knowing all of what Sehba did to separate him from Mushk, Irtiza hates Sehba and does not want to even talk about her. He believes that all will be well between him and Mushk and they will unite once again. However, we will have to wait for the next episodes to find out what Mushk decides and with whom she would like to spend the rest of her life. Eagerly waiting to find out what is in store for us in Raaz-e-Ulfat.

Munafiq Ends with the Triumph of Good over Evil