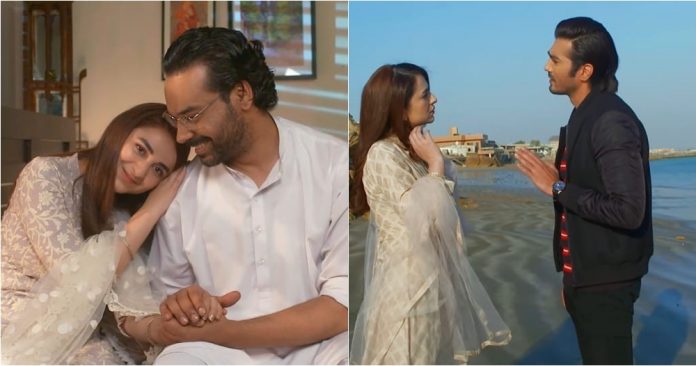 Last night, we finally watched the much-awaited last episode of 7th Sky Entertainment’s hit drama Raaz-e-Ulfat, and to say that we are beyond satisfied would be an understatement. This Abdullah Kadwani and Asad Qureshi production had such a unique storyline – that fans and viewers had been hooked to it throughout its running.

After the second last episode ended at a critical moment with Mushk still contemplating her future, we had been in anticipation of what pass she would choose. At the end of the series, we can perhaps say that each character journey has reached its equitable end.

Ismail, has been like the guardian angel for Mushk. Despite having lots of hardship in his own life, he embraced Mushk and tried his best to keep her happy. It was a difficult journey but he remained resolute. Without complaining or demanding anything, he committed to her without any questions. In the end, he was rewarded for his honesty, sacrifice and trustworthiness. Nice guys do win sometimes.

Mushk, also faced her own demons. She was caught in some difficult situations. Not all of her own doing too. Hence, for a while, she becomes bitter and is confused as to what she desires from life. However, at the end of the day, she realizes what the right thing to do was. It is all about standing by the people who have been there for you in the times of need.

As for Irtiza, he had to pay for his actions. At the most difficult moment of her life, he decided to abandon Mushk. Their relationship never really recovered from that complete disregard and a lack of trust. So, he will have to now live with his decision for the rest of his life. As for Sehba, her jealousy and hate engulfed her. She pays for her sins with her life. As she tries to dig a hole for Mushk, in the end she becomes a victim of her own actions. A sad but a fairly fitting end to her journey.

Abdullah Kadwani & Asad Qureshi have delivered another engrossing and engaging drama for the audiences, as has been expected of all their creations. For now, we are looking forward to see what they’d be bringing next to our screens!

How many Foreign Women Married Pakistani Men this year? Come on...