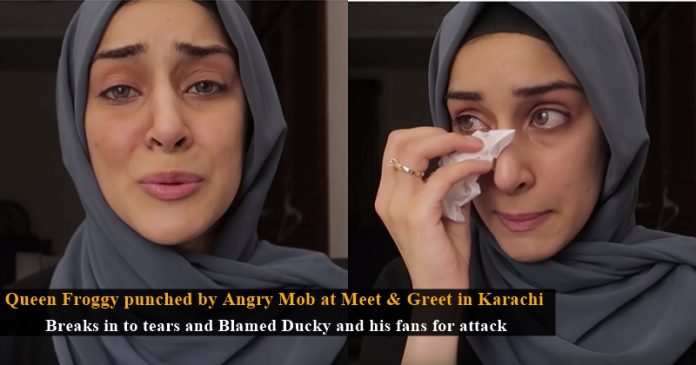 In a recent Video Queen Froggy breaks in to tears while talking about yesterday’s incident ! she told someone punched on her face from the angry mob during their Meet and greet session in ocean Mall Karachi on Sunday 5th May ! A video goes viral last night in which angry sham Idress was involved with the angry mob, Sham Idress loses his cool when both Vlogers mistreated by crowd who were chanting for Ducky Bhai and then attacked the Couple !
This kind of behavior is not acceptable, attacking physically someone can not be tolerated at all if you are fan of someone it doesn’t mean you attack others they are guest here and came to Meet their fans this is really sad !
Watch her video after incident:

Ducky condemned the assault on the couple at Meet and Greet ! 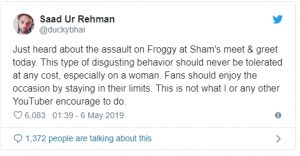 Eshal Fayyaz Denies News of her marriage with Khalil-ur-Rehman Qamar,...

Farhad Humayun – The man who won’t give up!