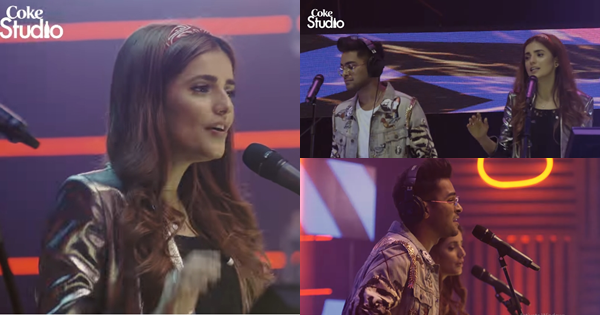 Won’t be a lie if we say we have been wanting to see the cutie duo for a while. And here they are, Momina Mustehsan and Asim Azhar’s Mahi Aaja– which released today- is a composition of heartfelt, organic rhythms.

Written by Asim Azhar, when he was just about 17, would never have thought that one day he was going to remake it on the sets of Coke Studio (as he mentioned in the BTS). The Coke Studio version has the same tune with a louder fusion and of course, Momina’s soulful voice to enhance it. And yet they are as harmonious as ever.

The palpable chemistry between the two singers, full of friendship reminded us of their first appearance in ‘Tera woh Pyar’ back in Season 9 of Coke Studio. Known to be great friends off-stage, their chemistry looked reminiscent to Zohaib Hassan and late Nazia Hassan’s this time.

The duo looked like a 90’s American pop Band and even wore matching jeans–not to forget Momina’s Bandeta. 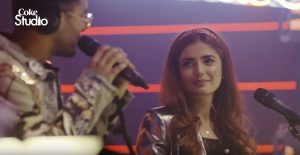 In the past three episodes people have been listening to a very serious mood, and in fact, Momina’s Roye Roye had a pretty sad feel. Mahi Aaja is a mixture of Asim and Momina’s youthful voices tuned with flares of electric guitar, pints of Dholak and reverberating drums. The pop score and background singers provided a perfect stature.