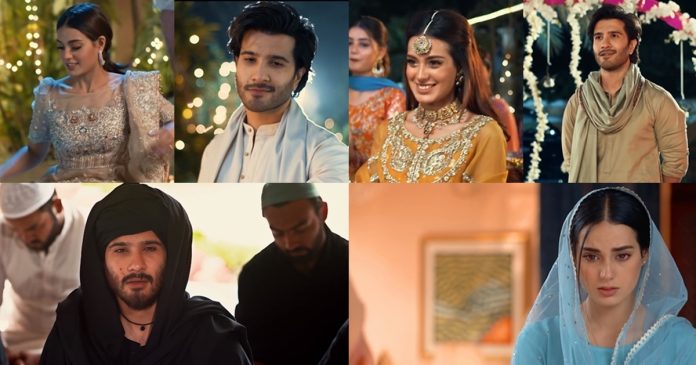 Well, one million, four hundred eighty-nine thousand, six hundred twenty-eight views and counting in less than 24-hours. The adulation and love keep pouring in for Khuda Aur Mohabbat 3’s OST. Rahat Fateh Ali Khan has spellbound many with his magical voice. Similarly, people are gushing over how well the lead pair of Feroze Khan and Iqra Aziz have performed and how incredible they look in different phases of this spiritual journey.

Here is what people are saying across social media.

For some the impactful lyrics and melody has made a real connection.

While others just couldn’t hold their emotions.

The lead pair got some real love.

Rahat Fatah Ali Khan was also in for some well-deserved plaudits.

And a whole host of people were simply demanding that the drama be released ASAP. They wait is unbearable!

Well, it’s clear that the OST has created a lot of hype about the drama. The melodious OST, lead pair’s chemistry, the seemingly unique story and how the drama has been shot, everything is being praised. Looks like Khuda Aur Mohabbat 3 is all set to be a record-breaking drama.

“I want to celebrate not the disease but the spirit with...

Drama serial “Aangan” vows to take you on a Journey back...