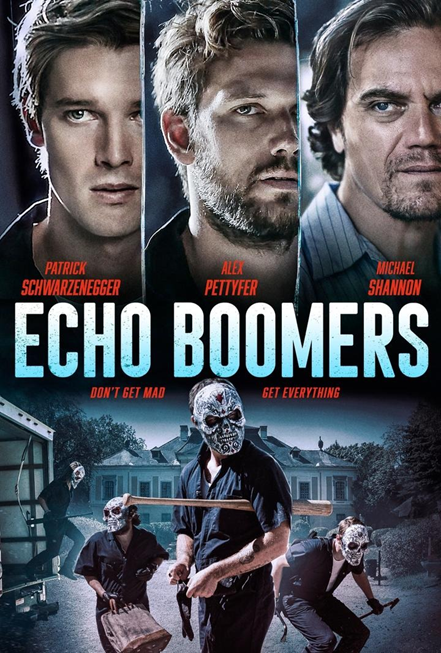 Accumulation of wealth in few hands (or the top 1%) has been a major theme for quite a few films lately. Omer H Paracha’s first Hollywood production ‘Echo Boomers’ is a quite a unique and different take on this in some ways universal subject. A group of young men, rejected and disgruntled from the system, turn to a life of “crime”. But not just any crime…the kind which aims to really shake the world order. The kind that delivers a strong message. Echo Boomers is a gripping tale of speaking truth to power, rebellion, power and deceit.

The film has released on multiple streaming platforms. What makes it special for Pakistanis is the association of Omer H Paracha as the Executive Producer. Well known for his fashion brand Paraval, this was his venture in to mainstream Hollywood film making. By all accounts the film has gotten a heart-warming response from the audience. This would pave the way for further film making work for the businessman. Echo Boomers is certainly quite a good start and provides a strong footing for future work.

Omer H Paracha in interviews has mentioned that he would like to work with the different stakeholders in the Pakistani industry as well. Covid-19 has impacted the Pakistan film industry tremendously. It will be interesting to see what he does next. Outside help at this point or may be even in the foreseeable future would be more than welcome. With the business acumen and the technical expertise of Omer H Paracha, thing should fall into place in the future.

For now, we could celebrate the fact that Hollywood has in some ways started to allow more representation. Omer H Paracha’s work will inspire many across the world to believe in their dreams and work hard towards a singular goal.