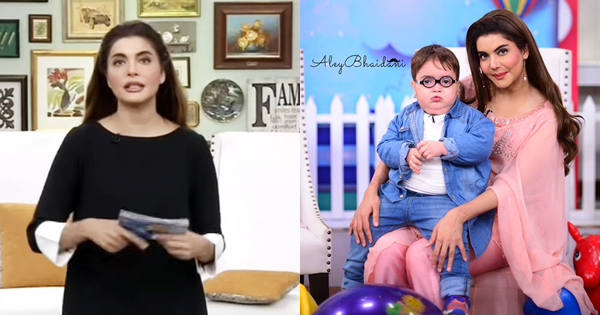 Ahmed Shah, a three year old pathan kid, made headlines a few days back, all over social media owing to his very funny argument with his teacher who recorded the video and posted it online.

This kid who aspires to become a doctor one day, gets extremely annoyed over his teachers who just wont return his bag in an attempt to tease him. His cute gestures and aggressive, yet extremely innocent behavior kept us entertained for days!

Oh and his resemblance with “Harry Potter” with those round-framed glasses and cute, chubby face, have us all dotting on him!

Just as the joke started getting a tad older, the kid revived the social media sensation by having another cute little video posted.

And this time the bad teachers stole his keys! They just wont let him live in peace!

His grumpy reactions are simply priceless!

Things up till these two videos were really fun and going smoothly, however, problems started to rise when the kid’s fame caught attention of the morning show hosts and the game of ratings took its toll!

Nida Yasir, the host of “Good Morning Pakistan” invited the kid over at her morning show, in an attempt to entertain the viewers, via the bluntness and anger of Ahmed over his things being taken.

Did you notice Ahmed’s “chup hojao; bye ka bacha”. Oh yes, this is where criticism on Nida Yasir and her show begins. 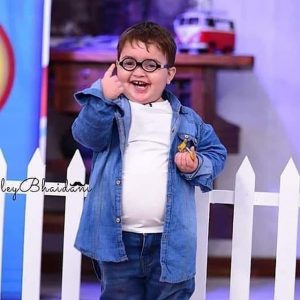 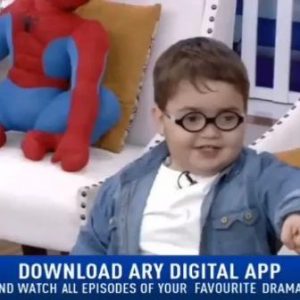 This is when people started realizing that just for the sake of entertainment, the host is provoking the kid to be aggressive and rude in front of such a big audience.

And the tables turned! The host was severely back lashed by the social media, instead of being entertained by this little publicity stunt and, nope; Nida Yasir wasn’t spared!

Some even went on to say that this misbehavior on the kid’s part should not be propagated, and instead he should be taught some manners.

Please stop making fun of this kid ! For god sake . #NidaYasir morning show is such a piece of shitt 😤 . The show is totally scripted from start to end . In previous shows they used a woman saying that she is a very kind mother in law . And after 2 years that woman again came on show and said that i donot have any childern with crocodile tears . Huh . #plzstopfakism

Nida Yasir however recently responded to the backlash during her morning show, when she explained that the show was only meant for entertainment. 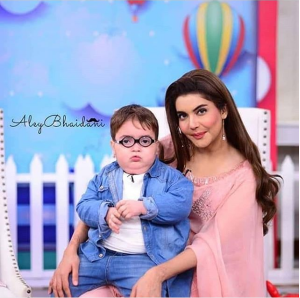 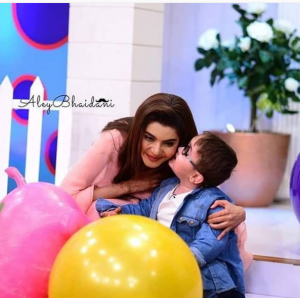 Yes Nida; the problem is, not everyone was entertained by it!

Our morning shows have been really hitting a new low! If you guys haven’t seen the viral video of host #NidaYasir harassing a little boy to misbehave on national television consider yourself lucky! The video is absolutely despicable and we hope #Pemra stops this nonsense before it gets out of hands 🙈🌟 #Paperazzi #BanThoMorningShows #Trends #News #Magazine

Anyhow, the host went onto explain that she herself has kids and would never want to instill a wrong set of character in Ahmed. Also the fact that Ahmed is an extremely sweet kid, with a really well mannered family background. He was only acting on the set, in front of the cameras to make people laugh!

Well, acting or not, the kid won our hearts by his cute stunts! However, kids like Ahmed should not be exploited just for the sake of entertainment, since social media is a platform from where everyone learns and while we adore Ahmed’s acting, we wouldn’t want our children following his footsteps!