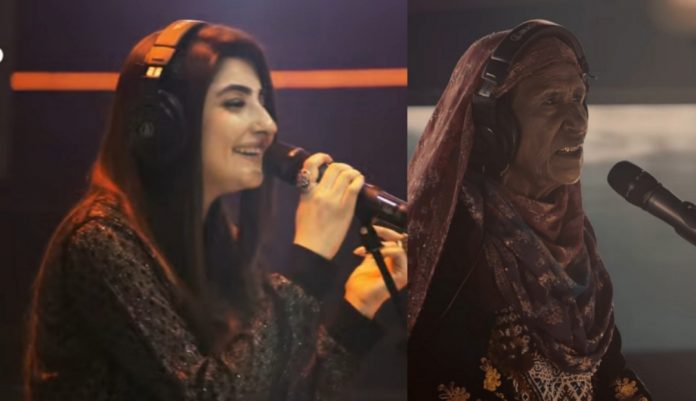 Coke studio has always highlighted the musical treasures of Pushtuns but it hasn’t composed a complete Pushto song for the past many seasons. Nearly every time, the language barrier was countered with an Urdu singer alongside. Be it for the conveyance of people but sometimes music needs no Subtitles. And Rasha Mama may be one example.

Not very complex, a very simple yet flavorful song with a touch of techno is all Rasha Mama about.

‘Come uncle, your son is crazy’

Is a popular number, sung by the folk-Pushtun singer ‘Zarsanga’. The song is mostly played in Pushtun weddings and invokes the urge of performing ‘Attan’ due to its cheerfully traditional beat.

Coke-studio has taken it a little further, recreating ‘Rasha Mama’ with Zarsanga’s sultry vocals in the start, mixed with rubabs and percussion impelled voltaic, contemporary melody- for which Khumariyan is well known. The Zarsanga’s part will take your imagination to the mountains of Pukhtun Khuwa.

Coming to the second half, we find Gul-Paran modernizing ‘Rasha Mama’ in a sweet, upbeat style. She sores through waves of sonic, stirring keyboard and strings of electric guitar. The music is very playful, intently concentrated in this song so the focus can be shifted from lyrics to the tune to counter language barrier.

Not just for Zarsanga, we are also happy for Khumariyaan getting the platform they deserved. The whole song being given to Pushtuns does bring some credit to coke studio’s philosophy this season for equal opportunity in the whole country.

Will Mohsin And Soha Have A Future Together Or Is Their...