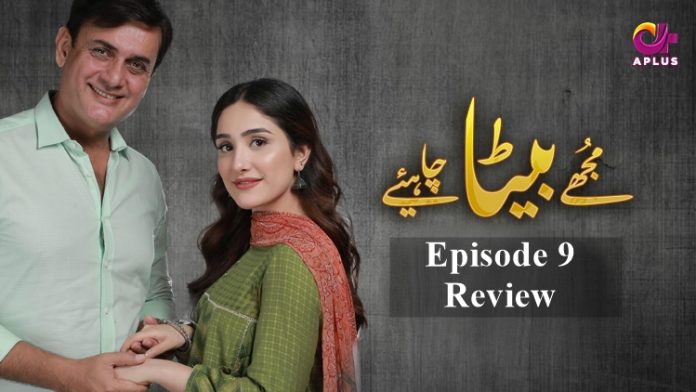 The story of Sadia Jabbar Productions’ Mujhay Beta Chahiye is progressing further to take the worst kind of turns for Rubina and her daughters. Based on gender discrimination against the birth of a female child, Mujhe Beta Chahiye is a drama serial that aptly portrays a currently prevalent menace in the society and how it can unreasonably devastate multiple lives. After tragedy struck the family in the last episode, with the death of their newborn daughter, Rubina and Salman have now taken their lives forward, but in different directions. While Rubina mourns and grieves for her dead daughter, visits her grave in the middle of the night, cries her eyes out after seeing the baby girl’s clothes, Salman takes his relationship with Jahanara a step further.

Jahanara is a clever and manipulative girl and Salman, with his blind rage and desire is completely under her magic and charm. He loses control over himself and they both end up coming closer than what anyone had anticipated. However, they do not know that Salman’s daughter Ramsha had seen them together. As the morning sun rises, Jahanara tries to make Salman feel guilty for what he had done with her. She knows that now it is easy to trap Salman to get married to her and she will continue to play the victim card till he does so.

Neelam Muneer, Yasir Nawaz and Wahaj Ali will Appear Together in...