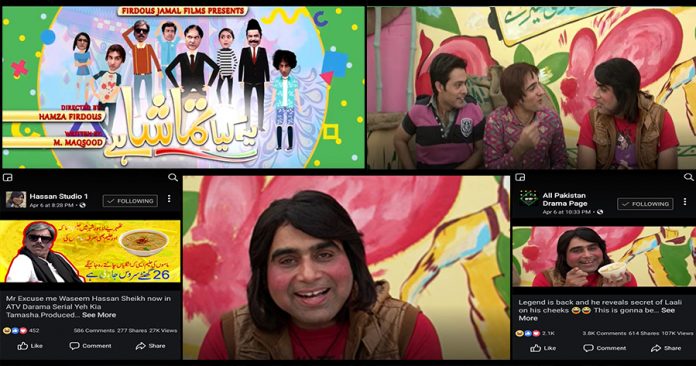 Ever since the entertainment industry upped its game, we have seen hundreds of commoners try their shot at becoming a celebrity. Techniques to achieve the status of a celebrity have varied from time to time. While many used raw talent to climb their ladder to success, there were others who tried to bypass the struggle by making use of controversial stories or bold acts.

But then there are those whom you can simply not put in either of the two categories. They are the ones who make you speechless; you struggle for the ability to say something but find your tongue locked at the imbecilic act you have just witnessed. You can neither deny the talent that they have, nor can you call their work a genuine piece of art. While you still find yourself torn between which category to label them in, they start gaining viewership. What started off as a mundane act by a commoner, becomes a piece of art by a celebrity in front of your own eyes.

Of course we are taking about “Axcuse me Aap bhi?”! You do remember the Kit Kat talcum powder ad, dont you?

This was the beginning of Waseem Hassan Sheikh’s journey into showbiz. This absolutely ridiculous ad, which has been termed as the worst ad in the history of ads, received popularity the possibility of which encompasses our small minds! All of a sudden, this became the talk of the town, with people all over challenging each other on social media to look at it and bare it for it’s entire length.

One after another ad followed, each more absurd than the previous one. No wonder this absurdity made us laugh at it, but we are not going to talk about all those ads and their frivolous nature today. The topic under scrutiny is yet another ad by our very famous celebrity Waseem Hassan Sheikh himself, however its unlike the usual ads he makes.

You must be wondering, what’s so different in this ad, except for the fact that we have seen “Mamu” somewhere before haven’t we?

What is he doing in this ad? “Mamu ki 12 masalo wali haleem to nai khol li inhn ny?”

Well well. We are here to put your queries to rest! Ever since this ad reached social media, its popularity skyrocketed, and so did the queries surrounding it. 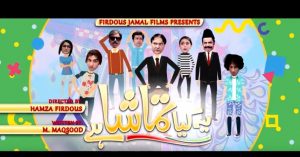 This particular ad is a part of the episode in which Mamu, played by Shehzad Raza, makes use of the existing fame of “Axcuse me Ap Bhi?” actor and hires him to produce an advertisement for his haleem business. Hassan Waseem comes up with the absolutely-ridiculous-and-therefore-funny idea of “laali on his cheeks” which he attributes not to the insane amounts of blush – on he put up but to “Mamu ki 12 masalo wali haleem”.

This was all that was needed by Waseem Hassan Sheikh to make it once again to the height of popularity. The video got viral almost as soon as it hit the internet. 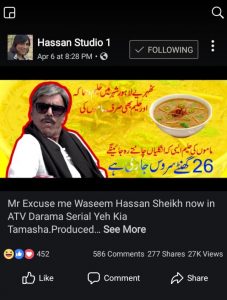 Who could’ve thought haleem can make your cheeks go red… Except if its overwhelmingly spicy! Which actually makes sense since Mamu would be using 12 masalay to cook it! 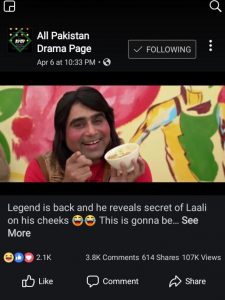 You know, this can actually prove to be quite a helpful message to all the women out there. Why spend insane amounts on make up products and blush-on’s which give a fake redness to your cheeks, when you have “Mamu’s 12 masalo wali haleem” right around the corner!