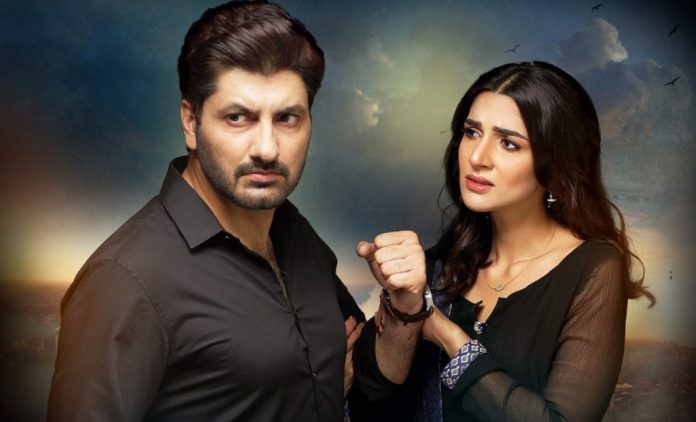 Going strong with its new episodes, Mere Mohsin has so far captivated a huge audience with its storyline, who are eager to know what new turns and twists are in store for them.

Mere Mohsin revolves around two people who fall in love, Mohsin (Syed Jibran) belongs to a middle class family and the sole earner of his household while Soha (Rubab Hashim) is a confident and independent girl who belongs to an upper class family.

Catching up on the story so far, Mohsin and Soha elope creating a new twist in the story. After her father finds out about her marriage with Mohsin, he asks her to leave. With nowhere to go, she decides to go to Mohsin and reaches just in time to stop his second marriage with his cousin and discloses their marriage to his family. A natural demand of divorcing Soha is raised where Mohsin puts his foot down and refuses. After a lot of effort, Mohsin and Soha are finally allowed back into the house by Mohsin’s mother and all seems forgiven, or is it?

But now the real ride begins. 14th episode shows the struggles that Soha is facing in a completely new environment. After all the chaos, Mohsin’s mother orders Soha that she is now expected to change her lifestyle and adjust according to her in-laws’ ways of life. Meaning; she is required to wake up early in the morning, cook and clean, and most importantly, lose her western style of clothing and slip into something eastern with a dupatta just like Mohsin’s sisters. This huge adjustment, is shown in a very smooth natural way, where Soha is trying to cope up but is also in discomfort. She realizes the heavy price she has to pay for everything yet she is steadfast in making it work for Mohsin.

However, how far is Soha willing to go to adjust? Will her patience finally run lose? What new curve ball is Mohsin’s mother is going to throw at her? Will Mohsin be of any help to her or will he just keep asking her to compromise in the name of love? It’s all going to be answered in the coming episodes, so stay tuned!