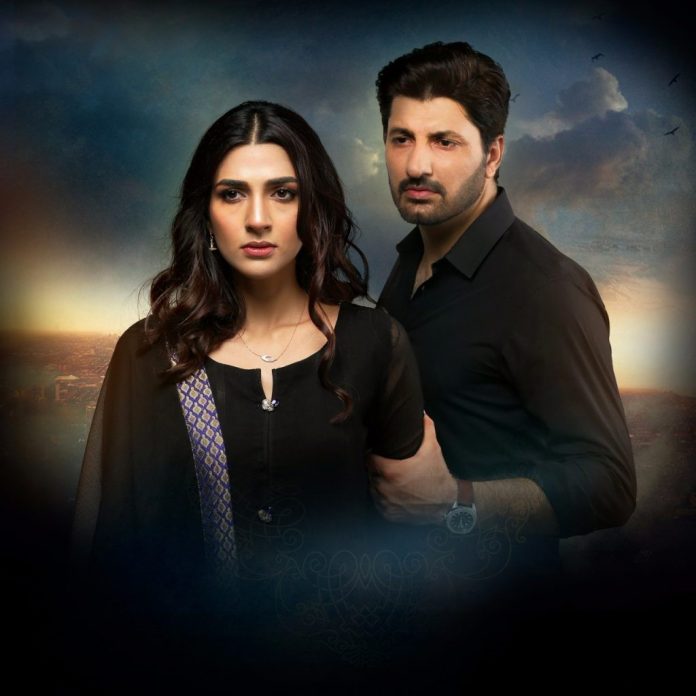 7th Sky Entertainment’s Mere Mohsin is raking in overwhelming feedback and massive ratings due to its relatable storyline, an immensely talented cast and the admirable onscreen chemistry between the lead actors Syed Jibran and Rabab Hashim. Although it’s their first play together, the duo has managed to pull together flawless onscreen chemistry, fitting into the skin of their respective characters perfectly.

The story mainly revolves around Mohsin and Soha, belonging to two entirely different backgrounds, who have married against their parents’ wishes and as expected the parents aren’t ready to accept the marriage. Soha’s father has entirely cut off his relations with Soha, whereas Mohsin’s overtly possessive mother and three sisters are adamant on making life a living hell for Soha. The sweet soul is bearing it all for Mohsin, who is also trying his best to keep a balance between his relationships.

This week’s episode was packed with some more troubles in Soha’s life created by Jahan Ara, Mohsin’s eldest sister who is trying to create doubts and differences in their relationship by misguiding her against Mohsin. Just in case you were guessing why she is so venomous against her sister-in-law, she got divorced on the day of her marriage because of the shocking revelation of Mohsin’s hidden marriage to Soha and now she is up for revenge.

On the other side, Sidra still has Mohsin in her mind and keeps calling him on and off, trying to create rifts in his life while Zahid is reaping what he sowed after his newest marriage with a wealthy and cunning girl who is here to teach him a lesson.

Batool is back to her brother’s house with her kids and this time she has a positive change in her personality. She takes Soha’s side and defends her over the injustice being done to her. She has, eventually, realized that she has to stay in Soha & Mohsin’s good books for a future for her kids as her jobless husband won’t mend his ways.

As for the actors, Rabab Hashim is essaying his role flawlessly that one can’t help but sympathize with her due to the situation that she has been trapped into. The versatile actor is very realistically portraying her struggles. The way she is portraying this confident strong girl is commendable and we are loving her acting so far. Syed Jibran has also been giving out his best as Mohsin, doing justice to this character.

Together the duo has managed to impress the audience and add a charm to the run-of-the-mill love story. Tune in to Geo Entertainment next Wednesday to find out what happens in the story and what future has in store for Soha & Mohsin’s life.

Here is why ROMEO WEDS HEER should never be compared to...