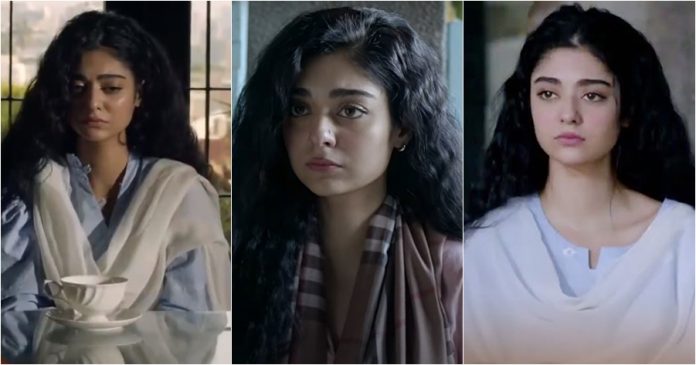 Dramas are creative ways to depict interesting stories that highlight different angles and attributes of society. Some dramas are made to create awareness regarding certain serious issues prevailing in society, some for pure entertainment, and then some dramas talk about the social issues, personal development, growth, and hardships that people face in their lives. The Pakistani entertainment industry, particularly the drama industry, has a huge list of dramas that talked about serious issues. Thanks to the creative writers who brought issues in front of the audience and where some just enjoyed the creative aspects of the stories others got their inspiration from them.

Recently Mein Aisi Kiun Hun’s first episode aired and the story of the drama revolves around Noor Zafar Khan who is curly-haired and married to Syed Jibran Ali. Sadly, Jibran does not like girls with curly hair. The drama showcases and highlights the derogatory behavior of Jibran towards Noor just because she doesn’t fall under the umbrella of how he defines women as beautiful. As far as I can remember this is a story that is not showcased in Pakistani dramas. On the other hand, it is a very serious concern that many women face in our society, unfortunately. We all will agree on the fact that for people the definition of beauty varies from complexion preferences to body shapes and sizes, from heights to hair, and from style to personality. Everyone is beautiful yet everyone has a different weighing scale to weigh beauty.

After the first episode aired, the drama Mein Aisi Kiun Hun received a huge backlash on social media from different people, for them showcasing this kind of toxicity is not appreciated and needed in society. On the contrary, many people came forward and appreciated the storyline, performances, and the pressing concern many girls are going through day in and day out. Every coin has two sides; similarly, people are reacting to this drama in both ways. We have to admit that many girls are curl-shamed in our society and many have heard “Why don’t you get your hair straightened, you will look beautiful” And if you haven’t then you are surrounded by empowering people who genuinely care about you and appreciate you for who you are.

The drama somewhere also talks about the complexes of people and their insecurities; we have seen people who vent out their anger and agitation by finding flaws in others’ personalities to demean them. Perhaps, Jibran’s character is of the same kind; a self-centered, confused and insecure man who wanted to get married to a woman with straight hair, as he defines beauty with that.

The wrath on social media towards this drama makes me think are we too short-tempered that we come to conclusions so very easily? Let the drama unfold its actual narrative and story, perhaps it might lead to showcase some empowering tale of a woman who fought all odds in her life and achieved confidence. Just like body shaming, complexion shaming, and height shaming, curl-shaming is a thing too and this drama highlights it loud and clear – let’s hope the story takes a better turn in the future.

We Just Watched Pyar ke Sadqay’s First Teasers and We Have...