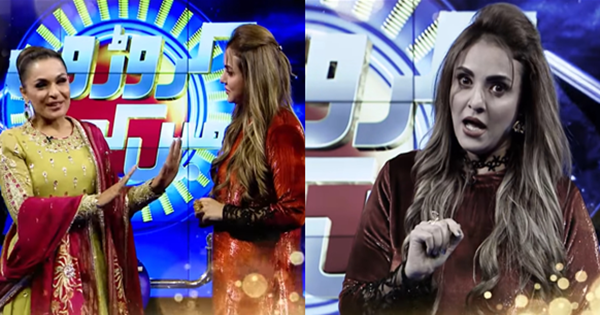 Its not really the first time that entertainment industry has resorted to the use and highlighting of conflicting issues in order to score more in what is commonly called “A Game of Ratings”! So lets get one thing straight and out of our systems, whether it was professional envy or an attempt at publicity stunt, it was very obviously staged and lets just not even debate over it! Period!

It looks like the two have had a history of cat fights! 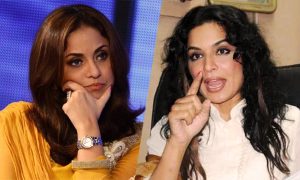 Back in 2015, at the “Nadia Khan Show”, Meera was called up as a guest, which didn’t really go the way it was planned. It ended up in a cat fight between the host and the guest, which dragged the crew members in too and allegedly had them all injured. Calling a rather long and juicy story short, Nadia khan announced that from then on she won’t be calling Meera ever on her show. You got the gist from the trailer!

So what looks like a very obvious, yet attempting-to-keep-it-subtle kind of “U-turn” (Apparently Imran Khan isn’t the only one!) by Nadia Khan, Meera was re-invited, but this time at a different show. Nadia Khan is currently hosting a show “Croron mein Khel” on “Bol TV” and have invited multiple celebrities to date. 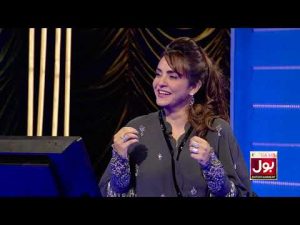 The show must have ran out of celebrities for they decided to call Meera over and in an attempt to have a patch up between the two celebrities. Didn’t really go so well though, now did it? 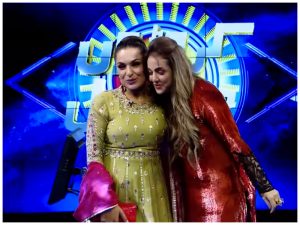 Or maybe it was never supposed to go so well!

To Hwa Kuch youn, in an obvious attempt to spark up controversy, Nadia Khan introduced Meera on stage by using a rather “selected” and very provoking set of words. As can be seen from the trailer, Nadia called Meera “unpredictable”

and well Meera had her reservations about the compliment! We personally believe that if Meera had reacted to the part where Nadia questioned her character in these words:

It could’ve played out to be more natural and less of a forced kind of fight like it obviously was!

Much to our dismay however, all the two wanted was to make to the headlines, through a not-so-scientific phenomenon called “mutual benefits”! Nadia Khan wanted ratings for her show and Meera wanted to promote her upcoming movie “Baji”! (She made sure to advertise it consistently)

Voila! The two got what they wanted!

Oh and it might interest you to know that Meera intends to get married, after completing her movie. She let us know this much and also that the wedding is arranged, she haven’t met the person she is supposedly marrying, and that the entire event is supposed to take place in a very “brown family” kinda setting! 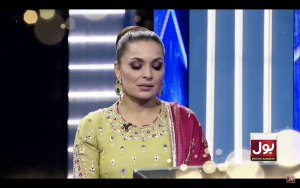 On the off-note, did you know Meera’s bedroom is very “Gulaab kay phoolon jaisa”?

Now now, don’t dwell on that too much and enjoy the show: