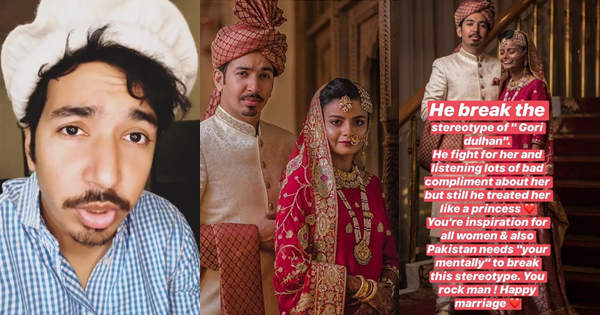 “Goori bahu” rishta stereotype has existed for as long as we can remember. There’s no denying the fact that such a demand on part of the “larkay wale” is not only wrong but also unjust and unfair to the woman who is belittled for something that she has no power over.

Its a common saying, one you must have heard people say a thousand times before:

“Beauty lies in the eyes of the beholder”

Then why do we conform to the beauty standards set by a few people? While this is undoubtedly a valid question, another pressing issue that has recently presented itself highlights another query. Why is it that if a person willingly goes against such norms set up by this society, he is shown as a hero whose actions are made to account for pity and the will to break stereotypes?

With the popular celeb wedding season, we saw Taimoor Salahuddin aka Mooroo getting engaged and then married to the love of his life. The multi talented singer, song writer, director, actor, producer (i am tired already!) etc etc has much talent to be praised for. He has been breaking many stereotypes through his comical videos and we all love him for that.

But then, suddenly we find such memes and statuses being uploaded. 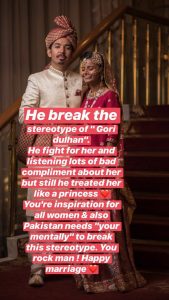 Apart from the very significant grammatical errors (Sorry-couldn’t resist) there’s something fundamentally wrong with this statement. Look, what we as a nation need to understand is that having a fair or dark complexion makes no one superior nor inferior. That’s what the British instilled into us during their reign on the sub continent and come on guys, that era is over! We earned our freedom and made sacrifices not so we could take their legacy forward! 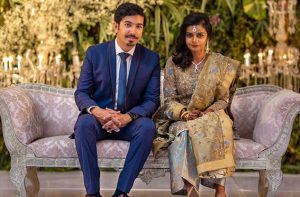 Which is why, attempting to compare Mooroo’s act of marriage with a heroic attempt at breaking stereotypes is similar to saying that he showed pity on a girl with a dark complexion so that he could make a statement. And trust me, there’s no worse way to belittle their love for each other than this! Which is why, this needs to stop!

It looks like, we are not the only ones offended by such statuses. Mooroo himself took to his Instagram to talk against this topic. He made sure to point out the fact that it was never his “decision” to marry his wife. It was a joint venture between the two, they decided on it because they loved each other, and the concept of a dark complexion was never even a topic worth fretting over. Mooroo went on to say that if there was ever a competition for talent, looks and artistic ability, his wife would win it every time in every way! 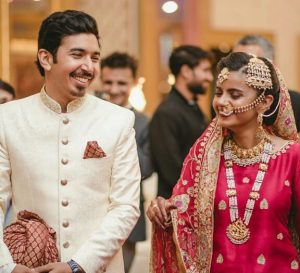 Taimoor aka Mooroo believes himself to be a very lucky guy because he won the heart of the woman he loves, and this is what he should be praised for. And we as a nation should break the locks that exist in our minds to better perceive the situations at hand.
Watch his Video Statement from his Insta Story: