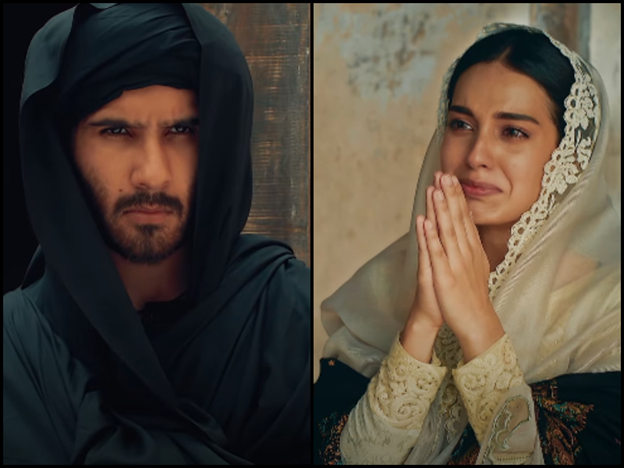 Khuda Aur Muhabbat Season 3 is about to reach its end with its last episode expected to go on-air by next week. GEO TV’s record breaking drama that has been entertaining fans every Friday has earned massiveTRPs since the beginning of the season. In fact, each episode of this series has proven to be a trending phenomenon on social media platforms. The record breaking saga, directed by the dynamic duo of Abdullah Kadwani and Asad Qureshi under the banner of 7th Sky Entertainment, got popularity not only in Pakistan but earned major following all across the globe.

The show has it all to grab the audiences’ hearts, with an amazing skilled cast, enticing cinematography, and dramatic language delivery. This is the type of drama that can break even the hardest of hearts. The adaptation is outstanding. The story is very well-written and closely relates to our conservative culture. It even teaches a lot of morals and values that most dramas these days don’t. The characters are well-chosen, providing yet another reason for the series’ success.

The lead pair Iqra Aziz and Feroze Khan as Farhad and Mahi, have wowed us with their powerful performances and unrivalled on-screen chemistry. Farhad – a middle class lad who fell in love with Mahi – a girl from a feudal background. Two star-crossed souls who fight for their love and their journey in this classic love tale is totally unforgettable. The story oscillates between love, religion, society, tradition, and customs.

Each installment of the series was completely engrossing. Mahi and Farhad make you go through a series of emotions with every episode.

You will feel bad for Farhad, what he did, what he went through, and yet you will feel your heart melting for Mahi whenever she appears on-screen. Feroze Khan and Iqra Aziz proved their acting competence as Farhad and Mahi and they truly stole the show with every scene they appeared in.

The drama is about to conclude and we are all anxious to see if Farhad and Mahi will end up together or not. What fate has written for them? All in all, we want more of Farhad and Mahi; we wish it didn’t come to an end so quickly.

The Countdown to Aangan’s release has officially begun through the Curtain...

Yashma Gill Steals the Show in ‘Bebaak’ with a Flawless Performance