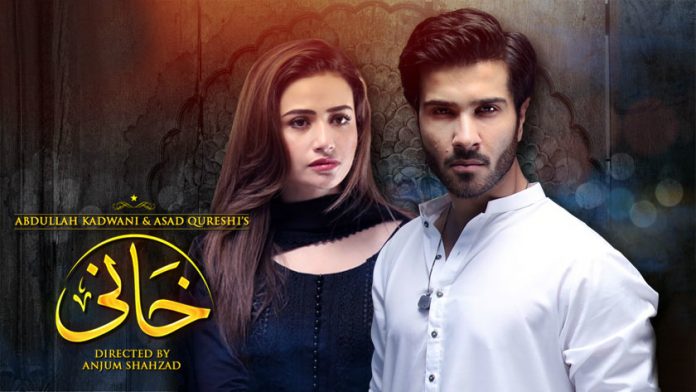 The Lux Style Awards 2019 were held in Karachi on the 7th of July, 2019, amidst all levels of glitz and glamour. The event was star-studded with the biggest names in the industry gracing the event. While the show was a grand affair with a lot of celebrities and performances, it had its fair share of setbacks as well. One of the major setbacks was ‘Khaani’ not bagging the Best TV Play Award.

While Khaani’s OST won the award for the Best Original Sound Track and Feroze Khan bagged the Best TV Actor award for his role of Mir Hadi in Khaani, the much deserving drama couldn’t take home the Best TV Play award and the other 3 award categories it was nominated for, i.e. Best TV Play Director, Best TV Writer, and Best TV Actress in the LSA 2019

The Pakistani drama serial, produced under the banner of 7th Sky Entertainment led by the dynamic producer duo, Abdullah Kadwani and Asad Qureshi, definitely left a mark upon the audience for its unique storyline. The brilliant direction by Anjum Shahzad managed to bring out the best from the promising script. It was a stroke of genius to produce and direct a drama that engaged directly with the audience and provided a different outlook towards perspectives of love, power, spirituality, and crime. As a result, it broke one record after another and created new benchmarks in the history of Pakistani dramas.

Khaani’s episodes were mostly among the top three trending videos on YouTube the day they were telecasted, while each of them got views in millions. The TRP charts also spoke volumes about the popularity of this serial. While each episode received high ratings week after week, the last episode of the blockbuster serial gained the highest TRP in the history of Pakistani television industry, with a peak at 17.6 TRP leaving behind the ratings of hits like Humsafar, Zindagi Gulzar Hai and Pyarey Afzal.

All this popularity made it pretty clear that people wanted Khaani to win all the awards it was nominated for, and it was a surprise for the audience when it did not happen, thereby raising concerns regarding the results.

Despite the fact that Khaani has not gotten the award for the Best TV Play, it has surely won over millions of hearts and will continue to rule over them with the kind of popularity it has gathered for itself.