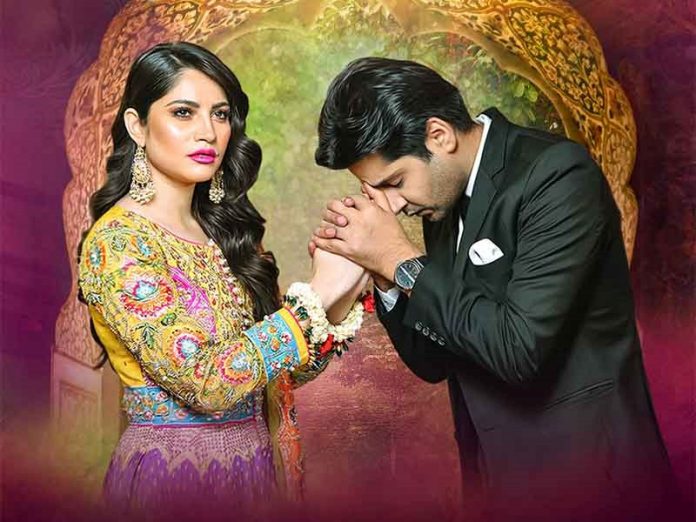 The first episode gave a detailed introduction into the lives of all the characters, without making it boring. The story mainly revolves around three families. The first is Rida’s family; essayed flawlessly by Neelum Munir, Rida is a bubbly, sweet and selfless sister to three equally loving brothers who treat her like a princess. One of her brother Faham, played by Ali Abbas, is connected to the second household in the story as he is hitched to his maternal aunt’s daughter Shameela. Shameela looks like an arrogant woman, and the first episode hinted towards her jealousy for Rida. From the looks of it, she is apparently going to be the pivotal trouble maker, the typical evil sister-in-law for Rida, as the story would move forward.

The third and most essential household is of Zeeshan (Imran Ashraf). Though Zeeshan belongs to a sound family background but his father’s bankruptcy and sudden death has brought him and his mother on the street. The poor man has nowhere to go after he is thrown out of his house as all his friends and relatives have turned strangers after his father’s death and their financial crisis. He is left penniless and doesn’t even have an amount as meager as 50 rupees to take his extremely sick mother to a local doctor. As the episode concluded, Zeeshan’s mother succumbs to her pain and passes away.

Kahin Deep Jalay seemed to be a very promising story after its debut episode, but we are still very curious to know when and how Rida and Zeeshan’s love story will begin. What twists and turns in the story will bring the two cross each other’s path because no connection between their families has been shown so far.

All curiosity apart, we are truly excited to see the gorgeous Neelum opposite the perfectionist Imran and we are expecting a-never-before-seen on screen magical chemistry between the two actors who are sharing the screen space for the first time. More interestingly, this is the first time that Imran Ashraf is seen as a romantic lead and we just cannot wait to see him display his new avatar.

Thanks to 7th Sky Entertainment for giving us another interesting watch for small screen with Kahi Deep Jalay. Looking forward to the upcoming episodes!