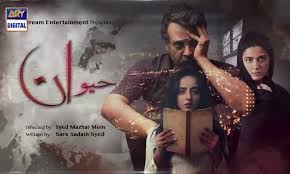 Topics previously considered a taboo are now gaining more importance and that is where our industry needs to be praised. More and more social issues are being highlighted and brought under spotlight which not only cause awareness among people, but also help them understand the implications of such problems.

Haiwaan – A drama serial for which any praise would fall short of its brilliance – has managed to beautifully sum up sensitive topic it took up. Last episode of Haiwaan came out Yesterday. The most mention-worthy part of the drama is probably the fact that at no place did it seem to fall short of our expectations towards it and for that we need to congratulate Sara Sadain Syed, the drama writer as well as “the captain of the ship”  Mazhar Moin the director, who have brilliantly executed their work. 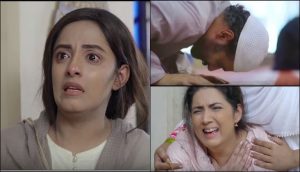 Writer can portray emotions and sensitivity through the script and the dialogues but those dialogues mean nothing unless they are delivered keeping in mind their intended intensity. And must we say, Faisal Qureshi stood out from the team with his absolutely mind blowing performance. Did you know, Faisal Qureshi even won the ARY Digital’s ‘Actor of the Year’ for 2018, for his performance in Haiwaan???

The entire cast, starting from Sanam Chaudhry, Savera Nadeem, Wahaj Ali, Iffat Umer and Rashid Farooqui have done absolute justice to this amazing concept and must be praised for their effort. 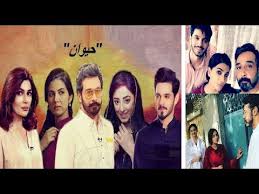 It was solely the duty of the entire team to make the project stand out as something more than another drama on child abuse. It included a plethora of emotions, heart wrenching story of betrayal and accusations and a lot of regret. Surely one of ARYs finest drama serials have finally ended at a good tone!

Junaid Khan is winning hearts with his performance in drama serial...