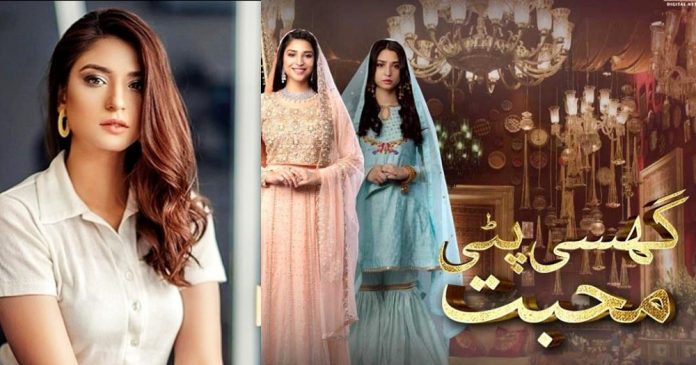 Ramsha Khan has clearly cracked gold when it comes to her career. The young starlet who has amassed a large fan following is riding high on the success of her back to back blockbuster shows. Recently seen in the social comic drama Ghisi Piti Mohabbat, Ramsha was the beating heart and breathing soul of the project. The show just aired its last episode yesterday and ended up with sky rocketing TRPs and viewership records. The versatile and talented actress played the character of Samiya, a spunky, opinionated, headstrong girl who aims to lead her life on her own terms. The show was praised for its rib tickling comedy, crackling dialogues, and memorable characters that will stay with the audience members for a long time.

Amongst all that, Khan’s Samiya was the standout aspect of the show. It wouldn’t be wrong to say that she was the best part about the show, the driving force of the narrative. Every time Samiya was on the screen, she would either bring a smile to your face, or break your heart with her earnest performance and sheer sincerity with which she played Samiya.

The last episode of Ghisi Piti Mohabbat managed to attain a feat that only few shows have managed to do in the past. The show was trending on Twitter and was being praised for its brilliant conclusion and Samiya’s memorable character arc. Here are a few of the tweets about the show.

People were unanimous in their praise for Khan’s character. There were tweets about how strong her character was, how she was relatable, and how the drama managed to break stereotypes. The show was also singled for compliments when it comes to shining light on the topic of women being independent and in control of their lives. Ghisi Piti Mohabbat was one show that will receive classic status in the years to come and Ramsha Khan’s acting and her portrayal of Samiya will be a strong reason for that. We wish Khan all the best for her f