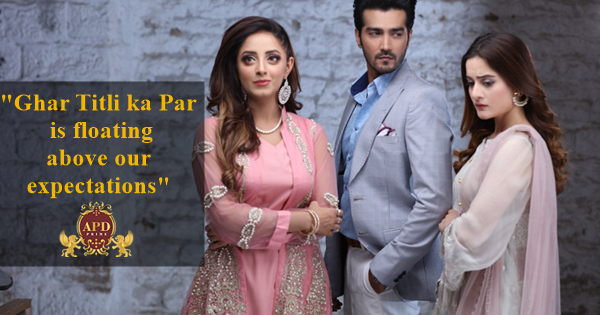 The sudden endings of certain stories can be annoying but “Ghar Titli ka Par” has interestingly moved ahead. To give a small background of episode 32, Shafaq comes to her parents’ home but she tells no one about it. When Kamran sees Shafaq in distress, he asks his wife Irum about it and she informs him that Azhar has kept Anji at his house.
Kamran gets infuriated over this but Irum pacifies him and asks to resolve this issue. On the other side, Anji is ignoring Azhar. 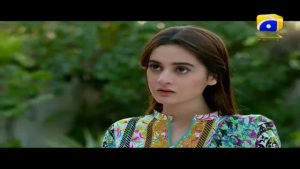 Meanwhile, Azhar’s maid refuses to work due to Anji’s behavior. In the end, Azhar implores how come Shafaq fell for Hassan.

On a critical turf, everyone has performed well in this one. No specific errors and the story seems to afloat much smoothly than most of the dramas we have seen every now and then.

The role of Anji is heavier than all other characters. Shafaq’s character is monotonous and she stands where she was in the first episode. Kamran is too strong of a character and has continued being one of the highlights. While Yashma gul’s performance reveals her bright future in the arena of acting. 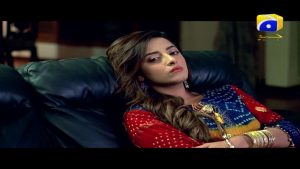 Ghar Titli ka Par’s writer Samra Bukhari has undoubtedly produced one of the best scripts of the present times. Mohsin Talat is GTKP’s director while production has taken place under the 7th sky entertainment.

And so far, the drama looks like a success to APD prime!

Will Ayla succeed in her Scheming against Ayesha and Haris? |...