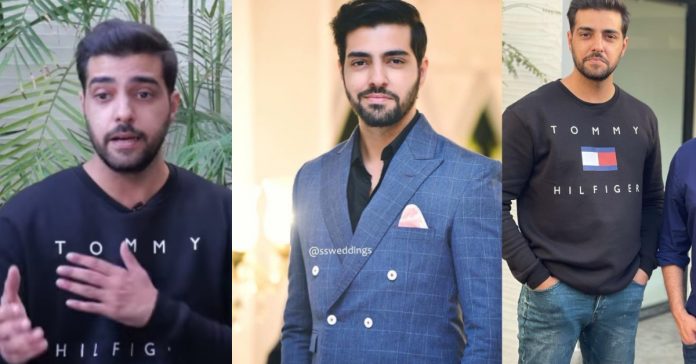 Famed for his work in most prominent supportive roles, this tall, handsome and downright charming sensation is one of the finest talents of Pakistan and has made a household name after his hard work and dedication. Though the journey has been tough for him but it’s recently that his star vows to keep mounting as he established himself in the industry.

The extremely passionate actor started his career in 2011 with ‘Dreamers’ and from there, it was no coming back. From dramas to web series and an attempt on silver screen as well, Furqan’s journey is laudable as an actor and his progression to stardom is truly commendable. His work in Khuda Mera bhi hay, Daasi, Mere Paas Tum Ho, Aulad, Raqs-e-Bismil and Bharas has gained massive critics’ appreciation.

Furqan is mostly recognized for playing antagonistic characters. However, his versatility needs no testimony after his enactment in drama serial Bharas where he depicted the character of Kamal – a manipulative, insecure and miser who has a habit of inflicting emotional torture on his wife – a character that resonates with our everyday lives – got him rave reviews from drama buffs.

Bharas is a story about a couple, Hassan and Zoya, who get married happily but their envious cousins who cannot stand their happiness and want to destroy their relationship. Kamal is Zoya’s cousin who wanted to marry her but unrequited love caused him to show his negative side. The character of Kamal is quite different from the roles that Furqan has portrayed so far and the way he has performed it, he literally owned it.

All in all, Furqan’s screen presence is very appealing and his semblance in Bharaas has become the talk of the town since the first episode. Though the drama has ended but his performance has left an impact not only to audience but on his career as well.