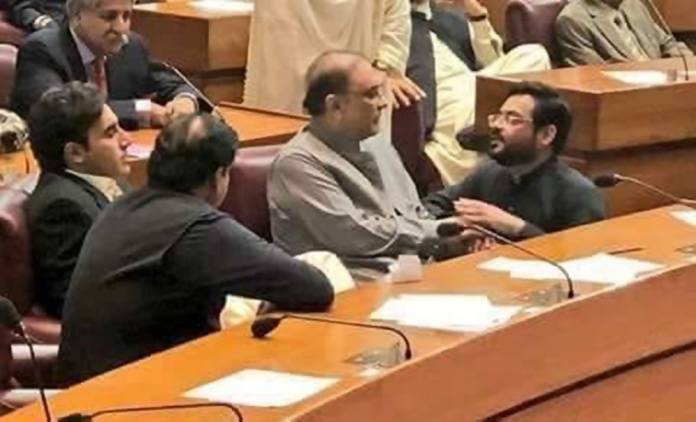 Just when Asad Qaiser was announced the Speaker of National Assembly with 176 votes, everyone (in N league) went bonkers.

And the inaudible ‘naraas’ of vote ko izaat do throughout the oath-taking, while both speaker and ex-speaker doing their level best to keep their cool.

It was funny and Ironic, given the standards set by PTI itself now had to deal with the same Fiasco. Today’s National Assembly was as hilarious as it could get. With posters hovering, accusations being spat towards PTI for ‘stealing’ mandate. Meanwhile acclamation and Mubarakbads being given to Asad Qaiser.

And to not forget, Kaptaan’s smile behind their back. (Bohat Maza Araha ha Bhai ko)

And how can any show be a show without our phopho Amir Liaqat’s entry, whose Advances were errr.. rather, questionable..

Anyhow, it was a big day for PTI with Asad Qaisar and Qasim Suri getting elected for Speaker and Deputy Speaker but we are sure, we will get to see a lot of the parliamentary Star Plus in the future.

Aijaz Aslam Wins Us Over with Another stellar act in Nand