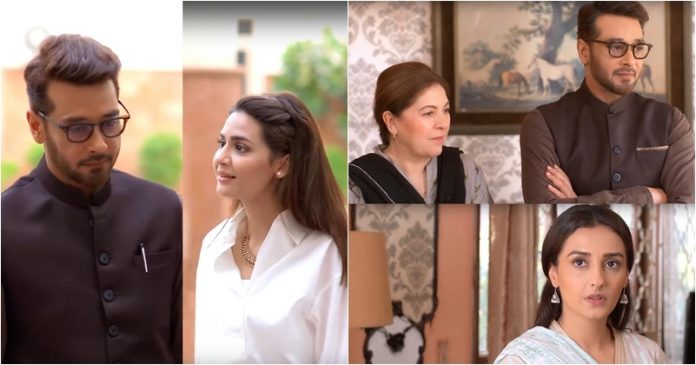 Faysal Quraishi has been one of the most beloved actors in our industry. No matter what kind of character he plays, he has this innate ability to win hearts through all of his depictions. Most recently he played ‘Haider’ in Fitoor, who despite initial controversy swayed the audience once again at the very end. There is no doubt that the leading actor is a fan favorite for all the right reasons. Now, Quraishi is all set to amaze us once again while playing another dynamic leading role in the upcoming drama serial ‘Dil-e-Momin’. With a star-studded cast including the likes of Madiha Imam, Annie Zaidi, Gohar Rasheed, Javed Sheikh, Momal Sheikh, Nida Hussain, Saba Faisal, Shabbir Jan, Tara Mahmood, and several other notable names, the series is said to be amongst the best we’ve ever seen. Directed by Sheherazade Sheikh and written by Jahanzeb Qamar, the tv serial is a treat for all those who enjoy watching ace celebs work their magic.

Although the storyline has only just begun, we are already hooked to our screens, eagerly anticipating what the future holds for Quraishi’s character Momin in Dil-e-Momin. The first episode showcased the protagonist as a pious and humble man who has a passion for reciting the call for prayer or ‘adhan’. We later see him in a close-knit family setting discussing how he is starting his job as a college professor. Of course, no story is complete without a little romance.

Momin’s character is interested in Ashi (played by Momal Sheikh), however, once he begins his days at the university, a student named Maya (played by Madiha Imam) gets hopelessly infatuated with him. Although her admiration makes Momin very uncomfortable, she continues to pursue him however she can. Similarly, Maya’s friend Gohar is in love with her and won’t take no for an answer. In the second episode, he tries to intimidate Momin to stay away from Maya. If this isn’t spicey enough of a storyline, Ashi’s father is not fond of Momin’s parents and this becomes all the more evident as the plot progresses.

Faysal Quraishi is one of the best actors in our industry today and thus, we can’t help but be excited for this next impeccable character as well. Just two episodes into the series where we could see that the ace actor is in his element. At this point, one could only guess how the story will unfold. All we know is that he has some pretty intense scenes coming up with both brilliant actors Javed Sheikh and Momal Sheikh in the future! Furthermore, fans were thrilled to see the return of the two Muqaddar stars (Quraishi and Imam) back on screen together after quite some time.

Dil-e-Momin is only two episodes in and we have loved every minute of it! What does the future hold for Momin? Will Maya continue to pursue him? Will this cause a problem for him and Ashi? We’ll just have to wait and see in the next episode, airing every Friday and Saturday at 8pm!