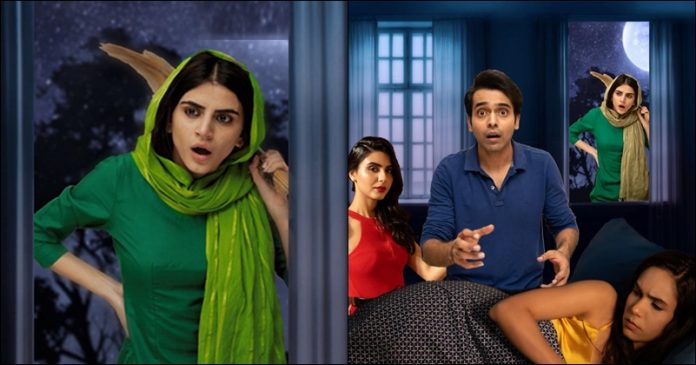 Zubab Rana is one name that has managed to surprise us a lot ever since her debut. With back to back killer performances under her name, now a singing debut on Kashmir Beats, and so much more, it looks like Zubab Rana is on her way to become a bonafide star. Recently, the actress has been on our radar (and all over our instagram feed) after her brilliant performance in Element Prime’s new short film – Twisted Sapnay.

Starring her alongside Faizan Khwaja, Sonia Nazir, and Maryam Fatima in the lead, Twisted Sapnay is a short comedy film about dreams within dreams and features Rana starring as the hilarious maid who singlehandedly stole the show and made everyone sit and take notice of her. Hey, we are not saying that, people puring there love Zubab Rana’s way all over the YouTube comments are saying that! Check for yourself.

People were happily surprised with her funny acting skills after watching her take serious roles on television in the past year.

Not only her acting skills, people were also pleasantly surprised after listening to her fluent Punjabi, who would’ve thought this multitalented star was also a multilingual?

Everyone was pretty honest about the fact that they were there because of Zubab Rana. Well, we were kind of too, we can’t lie.

All in all – Zubab Rana managed to bring life to her already well written character with such a charm, that fans couldn’t help but love her for it! Now, we can’t wait to see what else she’d come up with next.