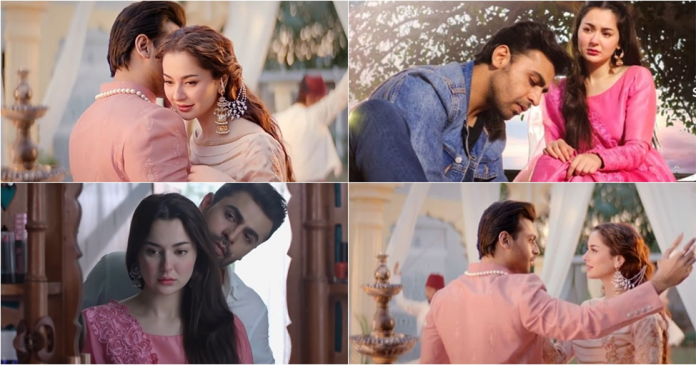 Six Sigma Plus, a production business that has contributed to the success of the both television and the film industry, has given us many dramas and projects to enjoy under the cautious eye of Humayun Saeed and Shahzad Nasib.

From creating top-notch narratives to making content that keep the audiences glued to their seats, this productions house has proved its mettle, time and again. You know who to thank if you like dramas like Meray Pass Tum Ho and films like Punjab Nahi Jaungi!

Mere Hamsafar is one such magnum opus by Six Sigma Plus, exceptionally directed by Qasim Ali Mureed and beautifully penned down by writer extraordinaire Saira Raza. With Lollywood diva Hania Aamir and handsome hunk Farhan Saeed playing the lead couple, the drama has been making waves on social media garnering millions of views from the very first teaser on-aired.

Mere Humsafar started out as a typical narrative about selfish in-laws, violent relationships, and a damsel in distress heroine who silently accepts every misery as her fate. However, it’s the Hania Aamir’s irresistible vibes with heartthrob Farhan Saeed that has sparked frenzy online, and the drama has been turned into a guilty pleasure for drama fans.

Hania Aamir’s superb acting skills and charismatic persona are the reasons why she has such a large fan base. Whereas Farhan Saeed’s gentle persona and soulful voice has earned him reputation across the globe.  This is the very first they are sharing the screen together and fans are in love their amazing on-screen chemistry. Every episode is no less than a treat to watch with Hania and Farhan on screen.

With a beautiful love story, intense emotional dialogues, gripping plot and relevant characters, Mere Hamsafar has it all. Off course the credit goes to drama creators for this awesome production. We couldn’t wait to watch more of Hania and Farhan.

Shan Baig – An Underrated Actor Who Knows How to Choose...