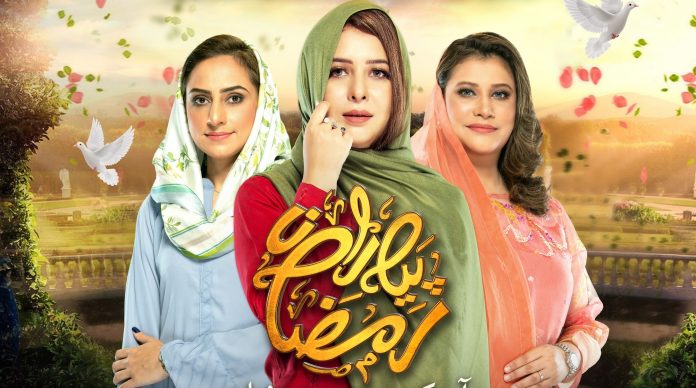 This Ramazan Express Entertainment brings you something new, fun, and unique!

Usually, when we think about Ramazan, we keep traditions in mind while observing fasts during the Holy Month. Whether it is communal iftar, nights full of salah (prayer), or a sehri outing, Ramazan is known to be a peaceful time of spiritual cleansing. When you want to relax and pass the time before your Roza opens or post-iftar, Express TV is bringing you exactly what you need.

In comes a transmission unlike any other! Hosted by popular Television Anchor and businesswoman Rabia Anum, Express TV will debut a different kind of Ramazan environment this year, keeping in mind all the cultural elements that make the Holy Month special. With additional segments creating a spiritual atmosphere, ‘Piyara Ramazan’ is the first of its kind to encourage a shared experience that truly resonates with the Pakistani audience.

Airing on the 1st of Ramazan, ‘Piyara Ramazan’, much like its name, is a tribute to the Holy Month, not only commemorating its importance but also ensuring that Pakistan can collectively make it one to remember. The program is one to look out for as not only is it creating a sense of community, but it is highlighting the nation’s cultural aspects as well, with Express TV’s very own ‘Film City’ being debuted, which is modeled on Karachi’s busy streets and beautiful architecture, making this colossal unveiling one to remember.

The transmission consists of a sizzling cook-out competition,’ Kitchen Master,’’ starting at 4 pm so the family can enjoy it together and take inspiration for iftar recipes, with celebrity chefs such as Chef Ammara Noman from Masterchef Pakistan, and the owner of Hazel’s Cakes, Chef Samia Jamil, preparing tasty new dishes for viewers to try out! After the cooking concludes, and before results are announced, there will be an exclusive fun and chatty celebrity interview session in the film city’s very own Irani Café, titled ‘Hum, Tum Aur Humaray Mehman.”. The transmission delves deeper into Ramazan’s roots with ‘Piyara Kalaam’ a Naat recitation, followed by an exciting yet educational storytelling session for children, which will be conducted by none other than the esteemed Babur Junaid!

After Kid’s Storytime, you can watch a Tableegh segment, ‘Sabak Deen Ka,’ and learn more about Islamic subjects, stories, etc. If you think that’s all, there’s more – a Star of the Day program, ‘Humaray Sitaray,’ to highlight the accomplishments of our local talent and their respective personal journeys.

Although the reveal is a surprise, there’s much more yet to come, so make the most of Ramazan with Express TV!

This Year’s 6th September was unlike any we have seen Before-The...