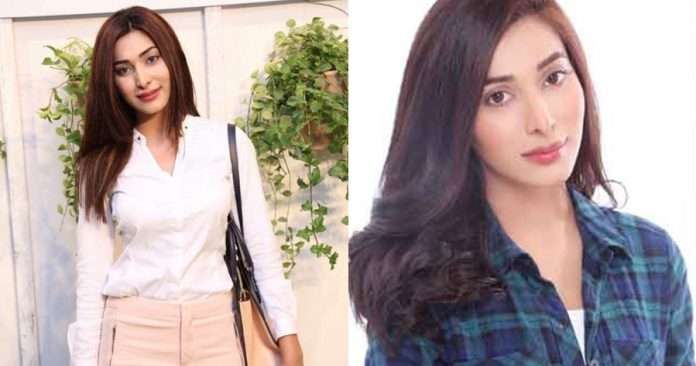 Recently The writer of Mere Pass Tum Ho Khalil Ur Rehman Qamar and Leading Lady of his film Kaaf Kangana Eshal Fayyaz came in news for their alleged marriage News . The news started when During an Interview of Khalil Ur Rehman Qamar the host Sohail waraich asked about his second marriage and his first wife responded but no one takes name of his second wife in the interview , this particular question leads to the rumor of his marriage with Eshal fayyaz as there were gossips of their terms in the industry which has no authenticity . As the news hits the social media both stars reacted to the news and denied rumor of their marriage .

The leading lady of Kaaf Kangana Eshal fayyaz released her official statement to us and she denied the news of her marriage with Khalil Ur Rehman Qamar.

Here is her official statement

” Reference various media reports nowadays with regard to false & shocking accusations of my alleged (so called) marriage with the hon’ble writer/director of recently released movie ‘Kaaf Kangna’ in which I played the lead role. I would like to strongly condemn such media gossips spread by a few bunch of the insecure characters ,I literally respect Khalil Ul Rehman Qamar sb. with the bottom of my heart and offer my humble gratitude for his recognition of my talent and offered the lead role of his first movie which he wrote and directed himself . I once again thanks to all my media fraternity and friends in the industry who believes in positive substance and encourages young talents to accelerate in the careers without facing any disrespectful attempts to disheart new comers and enjoy the cheap rumours & gossips. Thanks once again!!! ” – Eshal Fayyaz

Dil Kiya Karey Comes to an End with a Vital Message...