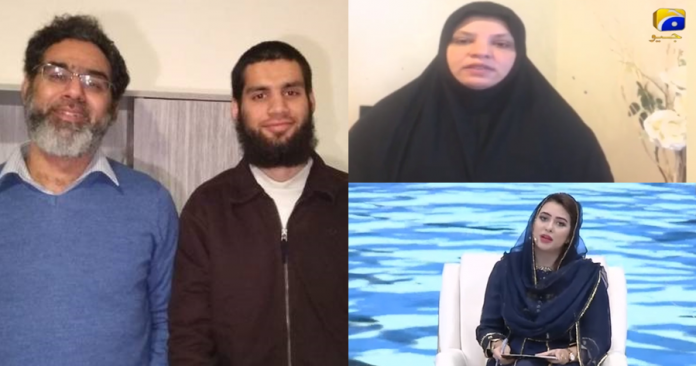 It is the cause, not the death that makes the martyr – Napolean Bonaparte

15th March 2019- A black day in New Zealand’s history when 50 people were martyred while answering the Friday prayer call in Christchurch. It is well said that heroes are born in adversity, and the story of two of these heroes was brought forth on Geo Entertainment’s Ehsaas Ramzan. Among many others, it was the heroics of Naeem Rasheed and his 21 year old son Talha, whose story of selflessly striving to avert the ongoing massacre brought us to tears. In doing this they received martyrdom and the highest ranks in Jannah.

This Mother’s Day, Geo Entertainment has made sure that while mourning for our heroes and honoring mothers all over the world, we don’t forget about the pain and struggle that the people who are left behind after a calamity, have to bear.  On the eve of Mother’s Day, through its special transmission Ehsaas Ramzan, Geo Entertainment paid tribute to Ambreen Naeem and her family, and assured them that they will never be alone. The live interview was conducted by the host of Ehsaas Ramzan, Rabia Anum, who talked to the brave mother and expressed her deep admiration and appreciation of the sacrifices her husband and son, Naeem Rasheed and Talha Naeem which will forever be written in golden words.

The world falls apart when a loved one departs; life suddenly seems meaningless. But not in this case; Ambreen is a proud mother who drives her energy from her children. Her oldest son Talha showed exceptional bravery even after being shot by the killer, when he kept his nerve and leapt upon a child, shielding him from the ongoing barrage of bullets. He managed to save the child’s life, but lost his own in the process. Ambreen, who is a mother of three, is extremely proud of the heroics of her husband and son, and is a living example of a hero herself. Praise from all over the world has made Ambreen even stronger. From Prime minister Imran Khan to Jacinda Ardern – all have paid tribute to her bravery in facing the loss of her loved.

While talking on skype with Ehsaas Ramzan live on the show, she acknowledged that her husband and child had fulfilled their life-purpose and were blessed to go for the Friday prayer on the 15th of March. 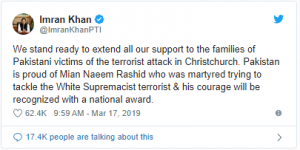 Ehsaas Ramzan is a special transmission by Geo Entertainment being aired everyday throughout this month of Ramzan. It is aimed at communicating to its viewers, the special virtues of Ehsaas towards mankind – the understanding of what another human beings go through, and showing sensitivity towards others. It is an inspirational theme brought forth by Geo and they deserve to be applauded for it.

Through the story of Ambreen Naeem, Ehsaas Ramzan reminded us to respect and value motherhood. A mother is the only creature who can endure such pain and still manage to smile in the face of hardships. It was heart-warming to listen to such a story live on a TV show, and to see the strength that Ambreen Naeem has in her.

Tune in to Ehsaas Ramzan on Geo Entertainment everyday for their live transmission and learn more about humanity and empathy with their celebrated hosts, guests, and programs. by Aazaain Ahmed

This 2011 Movie about Pandemic has most similarities with recent...