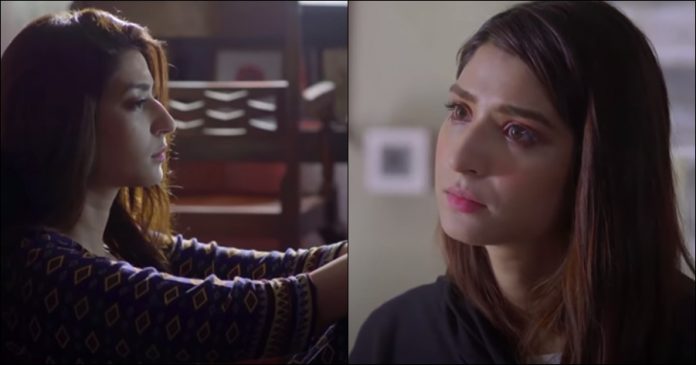 A person who has little to lose is extremely dangerous. This is usually a line used in the context of war or sports. But in Ishqiya, Hamna (Ramsha Khan) proves that this meaningful line is true in relationships as well.

For her, respect and honor of her father was everything. For ages, she suffered at the hands of Hamza (Feroze Khan) so she could protect her father from the heartache and sorrow. This weakness of her was exploited by Hamza to torment her endlessly. But in the latest episode of Ishqiya, Hamna is liberated. As odd as it may sound, her father’s passing away allowed her to break Hamza’s hold. She confesses to Azeem (Gohar Rasheed) about her past. And with that, the sword hanging over her head is gone. No longer does she fear Hamza.

In the end, she erupts and confronts Hamza too. The anger that has built for all this time is reflected in her eyes. She is raging, but still, she is composed. It is a rewarding scene as, for so long, we have seen her suffocated by the burden of her past. It certainly was redemptive, albeit coming at a high cost.

Ramsha Khan excels here. In moments where she is alone, there is despair and the anguish in her eyes. She exudes pain in every glance and every word she speaks. When she talks to her mother, her voice trembles, but those are words of wisdom. Especially for her sister Romaisa. She understands that her trust has been broken, and she is prepared to do anything to win it back.

But perhaps the most satisfying moment comes when she finally confronts Hamza. There is a lot of fury in her. Yet she is constrained. Ramsha Khan remains true to her character. There are no theatricals dialogues. She doesn’t slap him. Just in an assertive manner, informs him that his show is over.

The moment we have been waiting for so very long finally came and Ramsha Khan’s brilliant performance made it a lot more worth waiting for.